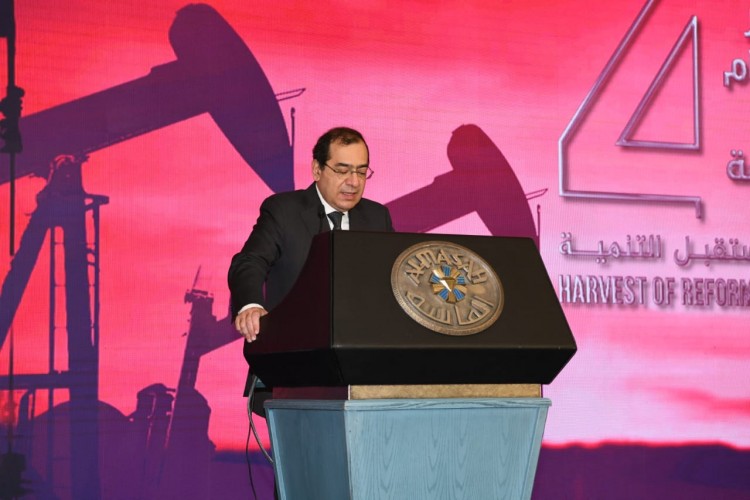 The petroleum sector’s investments over the past six years have surpassed EGP 1.2 trillion as it also attracted about 90% of direct foreign investments in Egypt, Tarek El Molla, Minister of Petroleum and Mineral Resources, stated during the fourth edition of Al-Ahram Energy Conference.

The minister elaborated  that, during that period, the sector managed to achieve the highest contribution to Gross domestic product (GDP) by 27%, and achieved a growth in the natural gas sector by 25%. Not to mention the increase of production to reach 1.9 million barrels of oil equivalent (mmboe),  and signing 86 agreements with existing and new international oil companies (IOCs).

The sector also implemented two projects for geophysical data collection in the Red Sea and the Western Mediterranean region, developed the petrochemical industry, reduced IOCs arrears to less than a quarter, delivered natural gas to about five million housing units, and implemented new refining projects to reach self-sufficiency in gasoline and diesel. El Molla added that the sector also developed a new mechanism for petroleum products’ storage, transportation, and distribution.

When it comes to the natural gas sector, Egypt implemented 29 projects with investments of EGP 437 billion and managed to reach self-sufficiency in natural gas and to become an exporter. It contributed to making Egypt the thirteenth country in the world, the second in Africa, and the fifth in the Middle East in the production of natural gas. Additionally, El Molla highlighted the car conversion project to run on natural gas and diesel which aims to convert 400000 vehicles over the course of three years and establishing 325 natural gas stations in a year.

El Molla denoted that Egypt is on track to become a regional energy hub and the signing  of the East Mediterranean Gas Forum (EMGF) charter was a cornerstone in achieving this aim. He added that through the sector’s Modernization Project, the oil and gas sector is contributing to Egypt Vision 2030 sustainability goals. Not only that, but it also aims to achieve the sustainability of the country’s energy resources, improve the macroeconomic indicators of the fiscal deficit, and develop cadres through the Middle Management Program.