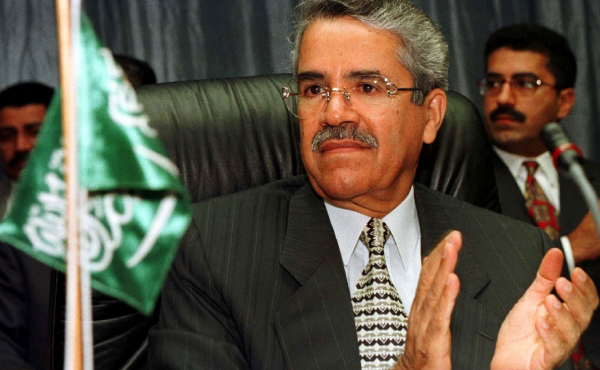 When Saudi Arabia argues next week that OPEC should keep up production to fight the rise in U.S. shale oil, prices will be on its side.

Crude plunged for eight of nine weeks prior to the group’s November gathering, when the kingdom faced down opposition from the majority of fellow members, who advocated output reductions to tackle a global glut. With oil companies around the world cutting investment, U.S. output peaking and prices up, Saudi Arabia’s strategy will be extended at OPEC’s semiannual meeting on June 5, say Societe Generale SA and Bank of America Corp.

Oil prices have recovered more than 40% from a six-year low in January as U.S. production eases from the highest in more than four decades. The rebound will help vindicate the approach taken by Saudi Arabia as it steers the Organization of Petroleum Exporting Countries to favor market share over prices in a bid to drive out high-cost producers.

“The Saudis probably feel their strategy is working, and rightly so,” Francisco Blanch, Bank of America’s head of commodities research, said by phone from New York. “There’s a major decline in the U.S. rig count, and a huge reduction in capex spending. That’s a sign the strategy is working.”

At OPEC’s November 27 meeting, Saudi Arabia, the United Arab Emirates, Kuwait and Qatar rebuffed objections from the other eight members — in particular Iran, Venezuela and Algeria — to their plan. While there may be resistance at the June 5 conference, all but one of the 34 analysts and traders surveyed by Bloomberg said OPEC will maintain its daily production target of 30 million barrels, ratifying the Saudi strategy.

“The fact that prices have recovered somewhat, and we appear to be past the bottom, that’s something the Saudis will be able to point to in their discussions,” Mike Wittner, head of oil market research at Societe Generale, said by phone from New York on May 19. “And the other thing they’ll be able to point to is that U.S. production has topped out.”

U.S. shale oil — extracted by blasting underground rock with liquids at high pressure in a process known as hydraulic fracturing — poses a more serious threat to OPEC than previous forms of new supply because it can be restarted more quickly, according to Goldman Sachs. The number of wells that have been drilled but are waiting to be fracked — known as the fracklog – – could help add an extra 500,000 barrels a day by the end of the year if prices remain at $65, according to Bloomberg Intelligence.

“Because of the fast-cycle nature of shale — meaning it can be turned on very quickly and turned off very quickly — it should be the marginal barrel,” said Jeff Currie, head of commodities research at Goldman Sachs in New York. “It neutralizes OPEC.”

While the members who opposed OPEC’s November decision criticized it again early this year, the most recent comments from ministers signal the group will hold steady.

It’s “unlikely” OPEC’s output ceiling will change, Iranian Oil Minister Bijan Namdar Zanganeh said on May 24, according to Mehr news agency. The organization will “stick with” its present strategy, Abdulmajeed Al-Shatti, a member of Kuwait’s Supreme Petroleum Council, said on May 12. Venezuelan President Nicolas Maduro, who in January urged the group to consider supply cuts, said on May 23 only that he is working with OPEC to raise prices.

Amid reduced oil revenues, Venezuela’s foreign currency reserves have plunged 26% in three months to less than $18 billion, the lowest level since 2003, according to central bank data as of May 13. Nigeria’s authorities have already borrowed more than half the amount budgeted for all of this year because of a “cash-flow crunch,” Finance Minister Ngozi Okonjo-Iweala said on May 5.

“It is true that a number of non-core OPEC countries like Venezuela, Iran, Nigeria and Algeria are suffering from a lower price environment, as are non-OPEC producers,” said Harry Tchilinguirian, head of commodity markets strategy at BNP Paribas SA in London. “But Saudi Arabia has led the strategy, and the others have followed.”

Countries that often urge the group to restrain output will likely refrain from doing so, Seth Kleinman, head of European energy research in London at Citigroup Inc., said in a report. Algeria will soften its position because it has a new energy minister, Iran will do so as it hopes to restore exports after the removal of sanctions, and Venezuela because it has a “poor history” of adhering to agreed cuts, the bank said.

Ali Al-Naimi, oil minister of Saudi Arabia, the group’s biggest and most influential member, has stressed that OPEC would only cut output if other producers shared the burden of balancing the market.

While Russian Energy Minister Alexander Novak will attend an event hosted by OPEC in Vienna two days before the ministerial gathering, a meeting between Russia, Mexico, Venezuela and Saudi just before OPEC’s November conference ended without agreement to cooperate on managing supplies. The refusal of non-OPEC nations to participate in production cuts is unlikely to change, according to Giovanni Staunovo, an analyst at UBS Group AG in Zurich.

The absence of a broader deal won’t concern OPEC’s richest Gulf-based members, as their current approach is showing early signs of success in taming rival supplies, according to Bank of America and Societe Generale.

U.S. drillers have idled more than half of the country’s oil rigs since October, according to data from Baker Hughes Inc. Global investment in oil production might fall by $100 billion this year, according to the International Energy Agency, which has curbed forecasts for non-OPEC supply growth to 830,000 barrels a day this year, down from a projection of 1.3 million a day in November.

“Why on earth would the Saudis change course now their strategy is just starting to bear fruit?” said Societe Generale’s Wittner. “Will there be opposition within OPEC? Most definitely yes. Will it make a difference? Most definitely no.”