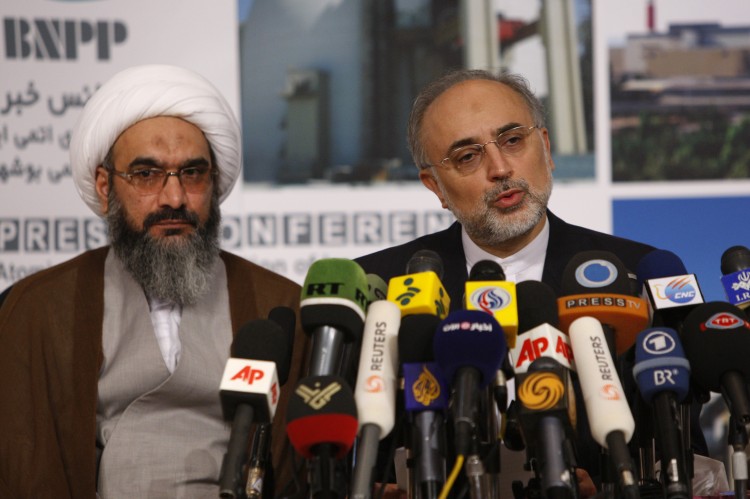 Oil settled down for a second straight session on Monday as Iran and six world powers tried to negotiate a deal on Tehran’s nuclear program that could end Western sanctions and allow the OPEC member to ship more crude into an already flooded market.

Crude prices finished sharply off the day’s lows, however, as prospects that the talks would produce a deal looked even at best, with just 24 hours before the March 31 deadline.

Iran and negotiators for the world powers have made progress in their discussions, according to officials following the talks in Lausanne, Switzerland, and many investors believe there will be some sort of an agreement to free Tehran from at least part of the U.S.-led sanctions that have restricted its oil exports.

But with only a day to the deadline, U.S. State Department spokeswoman Marie Harf offered just a 50-50 chance of achieving a framework agreement with Iran.

That led to a late burst of support for oil, and prices settled only slightly lower, after falling more than 2% earlier in the session, extending Friday’s 5% drop.

“I myself am convinced that this market should be trading a lot lower. But we’re reacting to headlines, and after Friday’s selloff, anything even remotely positive to the bulls could lead to a surfeit of short-covering.”

The Iranian issue aside, oil prices were also pressured by a stronger dollar that made commodities denominated in the greenback, such as oil, costlier for holders of other currencies.

Tehran is keen to recover market share lost under the U.S.-led sanctions that have restricted its crude exports to just 1 million barrels per day from 2.5 million b/d in 2012.

“Regarding Iran, there are two possible outcomes: a framework deal or an extended deadline,” Bjarne Schieldrop, chief commodities analyst at SEB Markets in Oslo, told the Reuters Global Oil Forum.