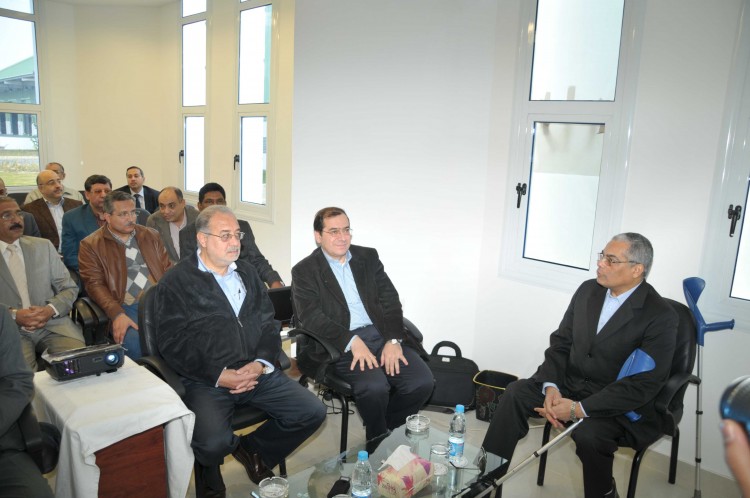 Egypt expects to agree additional liquefied natural gas (LNG) import deals with Shell and Total, and is close to paying BG Group more for the gas it produces offshore, its oil minister said on Monday.

Sherif Ismail outlined several measures intended to stave off Egypt’s worst energy shortages in decades, including launching a new round of talks to secure LNG until 2020 when the country hopes to kick its reliance on the fuel.

“There is a very high possibility that Total and Shell will provide us with LNG for the period of two years from now,” he said in an interview, noting that recent deals arranged with commodity trading firms and Algeria will meet just two years of demand.

The country of about 90 million relies heavily on gas to generate power for households and industry.

The minister declined to give contract details with Shell and Total, saying Egypt expects to either launch a new bid round or begin direct talks for new LNG supply by the middle of the year.

“It is not clear yet if we will open a bid round or whether we will pursue direct negotiations,” he said.

The minister said Egypt is in final stage talks with Gazprom and BP for LNG supply. A deal to buy 21 cargoes from BP should be finalised by the end of the month at the latest, he said.

Although Egypt has so far struck LNG import deal in excess of $2.2 billion for the next two years, largely with European commodity traders, it does not yet have import infrastructure.

The minister said that a Floating Storage and Regasification Unit, an import terminal, that it contracted from Norway’s Hoegh LNG should be in place by the end of the month, when it also expects to receive its inaugural cargo.

Egypt has already agreed to pay BP, RWE Dea and Edison more for their production, and is now close to finalizing a similar deal with BG Group for output from its West Delta Deep Marine concession, the minister said.

BG Group will be paid close to $5.88 per million British thermal units (mmBtu) for gas production, compared with $3.95 per mmBtu previously, he said.