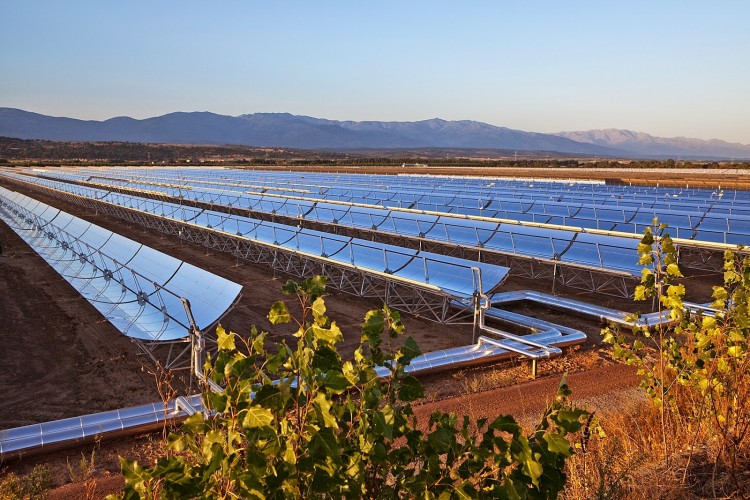 Visiting the beautiful country of Morocco for the first time made me wonder how this country of 33 million people, 447,000 square kilometers in area and $104 billion (Dh382 billion) in gross domestic product is managing its energy needs with very little domestic resources and ever growing demand.

The country produces no more than 5,100 barrels a day of oil and condensate and 0.1 billion cubic meters (bcm) a year of natural gas. Therefore, it is almost totally dependent on imports to satisfy a growing demand for these sources of energy.

According to a paper presented at the 10th Arab Energy Conference in Abu Dhabi last December, the total primary energy demand in Morocco in 2013 was 18.4 million tonnes of oil equivalent (mtoe), while average demand growth has been about 5.3 per cent a year over the last 10 years or so. The per capita consumption had risen from 0.36 to 0.56 tonnes of oil equivalent (toe) between 2002 and 2013, an indication of economic activity and improved standard of living among other things.

The share of energy sources indicate that 58.4 per cent went to oil, 21.9 per cent to coal, 7.6 per cent to imported electricity, 6.2 per cent to gas and 5.8 per cent to renewables. Wind energy contributed 1.9 per cent and the rest came from hydro-electricity. It is clear then that import dependency in Morocco is 93.7 per cent, a little improvement from 10 years ago and the import bill reached about $12.3 billion, with the additional burden of volatile markets for oil, gas and coal.

The policy aims of Morocco as set by the 2009–12 plan are to provide optimal electricity services based on sound technology and competitiveness, to increase the share of renewables, conserve energy and raise efficiency, mobilize domestic resources and seek integration with others when possible. While these are well under way, there is a lot more to be done.

It will be a real challenge to increase wind and solar powered electricity by 3,893 MW between 2013 and 2017 by investing almost 75.2 Moroccan dirhams (about $7.5 billion). Further down the road, Morocco aims to increase renewable electricity to a share of 42 per cent by 2020 by the addition of 2,000 MW in each of wind, solar and hydroelectricity.

The country has adapted its administrative structure to create bodies within the Ministry of Energy, Minerals, Water and Environment to ensure the plans are carried out on a timely basis. Each administration has already identified the projects to be pursued.

The Ministry is even considering a national commission to deal with all aspects of conservation and improve the efficiency of energy use to achieve the target of 12 per cent improvement by 2020 and 15 per cent by 2030. These are huge undertakings and a real challenge by comparison to what has happened in more advanced countries.

The efficiency improvement ‘has been elevated to a national priority, with a range of measures on lighting, building standards, appliances and vehicles’ and is said to target these sectors by regulations and by making people aware to do their part. It is going to be costly, but for a country that depends so much on imported energy it is worth it to tap the supply achieved by conservation.

The Ministry of Energy reserves all rights to act as overseers for all enterprises in the energy sector and custodian of agreements with foreign and private sector investors to execute governmental policies concerning energy, mining and geology. The Ministry is enabled by many laws that encourage investment, especially with respect to renewable energy and even in the more complex sector of oil refining.

The Ministry’s responsibility to assure safe and reliable energy supply to all has been amply demonstrated by the 99 per cent electricity coverage, according to the World Bank.

But this is not without problems. Morocco, though it is trying hard to phase out energy subsidies, is still burdened with them to the tune of over $2 billion for petroleum products as recently as in 2008. The increase in domestic sales prices since then may have reduced the burden.

As for electricity, the Ministry foresees the need to install 500-600 MW annually for the next 10 years and is progressively liberalizing the market by raising tariffs to encourage private investment.

There is a good chance Morocco will do well to realize the aims set in 2009, which focuses on security of supply, diversification of energy sources, reducing dependence on imports, accessibility of energy for all at the lowest cost, energy efficiency and environment and safety. Let us hope that they do so.