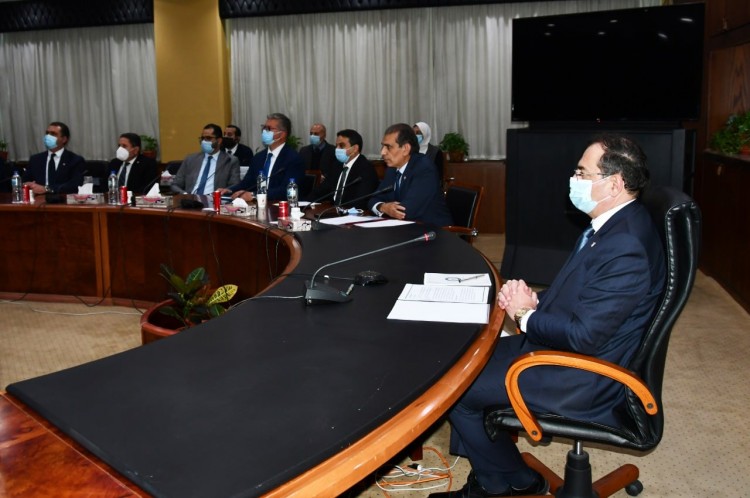 The Ministry of Petroleum and Mineral Resources, in collaboration with Schlumberger, has launched Egypt Upstream Gateway (EUG), an innovative national project for the digitalization of subsurface information.

The launch comes a year after the Egyptian General Petroleum Corporation (EGPC) and Schlumberger signed a Memorandum of Understanding (MoU) to build, operate, and transfer the digital platform. The project aims to digitally promote Egypt’s oil and gas bid rounds through easy access to the sector’s data. Additionally, EUG will provide digital access to over 100 years’ worth of accumulated national onshore and offshore seismic, non-seismic, well-log, production, and additional subsurface data under a single platform.

Tarek El Molla, Minister of Petroleum and Mineral Resources, commented on the launch that “in a world of constant changes, digitalization became a pivotal enabler that allows the oil and gas industry to add value to the business operation by reducing costs, increasing productivity, and improve the decision-making process.” The project is considered a great success as the minister remarked that over 90% of those who worked on the project belong to Egypt’s oil and gas sector.

The minister highlighted the importance of digital transformation for the oil and gas sector, especially during such unusual circumstances. He noted that as the oil and gas industry thrives in Egypt, there lies a great opportunity to leverage big data and new technologies to accelerate discoveries. In his own words, Rajeev Sonthalia, President Digital and Integration at Schlumberger stated that “the EUG is the embodiment of the Egyptian Ministry of Petroleum’s vision, leveraging digitization to modernize the country’s petroleum sector.” The minister also announced the launch of Egypt’s first digital international bid round through EUG which includes 24 blocks in the Gulf of Suez, the Western Desert, the Eastern Desert, and the Mediterranean Sea.

For his part, Schlumberger’s CEO Olivier Le Peuch celebrated the successful launch stating; “we are honored to inaugurate this national digital project that moves Egypt forward,” adding that EUG will be a stepping stone to unlocking Egypt’s full potential as Egypt attract investments, accelerate explorations and achieve discoveries. Hinda Gharbi, Executive Vice President (EVP) of Services and Equipment at Schlumberger, acknowledged the successful launch of the EUG affirming that “as competition for investment intensifies, this is an important time to leverage national data, to demonstrate assets potential.” She assured that companies will have fast and secure access to data which will assist existing and new operators to work more efficiently.

EUG is a unique national project for digitizing subsurface information and delivering a digital platform to ensure Egypt’s subsurface data is kept evergreen. The platform will be a significant asset to current and new investors with advanced data visualization and technology and greater access to geological and geophysical insights. The project will provide Egypt with great opportunities to reposition itself on the global investment map.

Khaled Al Mogharbel, EVP of Geographies at Schlumberger, discussed some of the regional opportunities in Egypt. “We believe that EUG will create game-changing impacts by promoting Egypt’s E&P potential on a truly global scale,” Al Mogharbel stated noting that over 10 international oil companies (IOCs) signed a membership agreement with EGPC.

Ten heads of major IOCs, including Eni, Apache, and WintershallDea signed membership agreements  in the EUG, which indicating companies’ trust in the new platform.