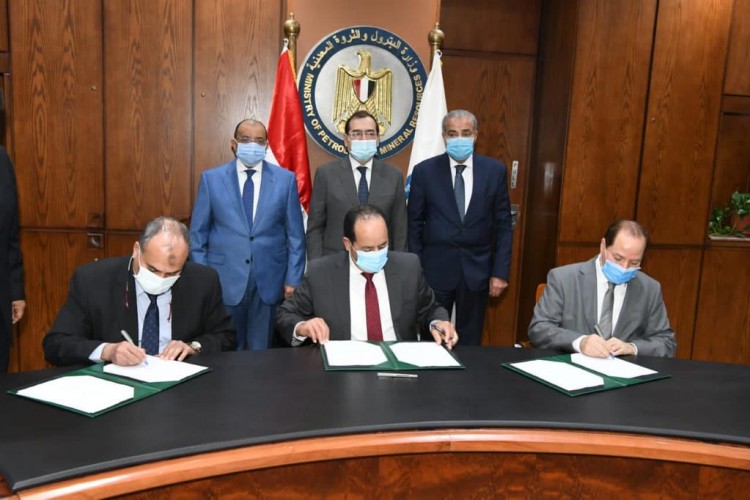 Tarek El Molla, Minister of Petroleum and Mineral Resources, stated that this step aligns with the ministry’s plan to expand natural gas usage as fuel and to rationalize the use of diesel. He added that utilizing natural gas in local bakeries will relieve the state’s budget by reducing subsidy on bread.

El Molla remarked that the protocol further reduces the country’s diesel consumption and rationalize butane consumption, thanks to the improving fuel price structure and the expanding use of natural gas in power stations instead of diesel. He added that a tripartite ministerial committee was formed to follow up on the project periodically, overcome any challenges, and ensure completion in the specified time. Sub-committees of the three ministries will actively follow up to complete the project.

For his part, Ali Al-Moselhi, Minister of Supply and Internal Trade, stated that this project will achieve great advantages on both environmental and economic levels taking into consideration the price gap between diesel and natural gas. The protocol will also improve the efficiency, quality and economic cost for local bakeries.

Mahmoud Shaarawy, Minister of Local Development, regarded that this project is part of the state’s plan towards utilizing clean energy, which succeeded in converting 3,500 diesel-based public transport buses to natural gas-based ones in Cairo and currently doing the same in Alexandria. He added that the ministry will facilitate obtaining permits for drilling and ensure that any working areas will be returned to its original state after finishing the drilling work.