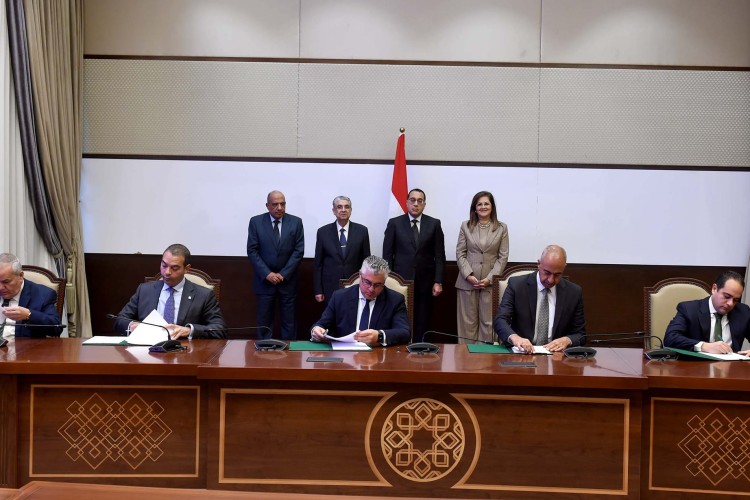 Following the signing, Madbouly referred to the state’s efforts to attract more direct foreign and domestic investments, especially in the field of new and renewable energy production, striving towards positioning Egypt as a center for green hydrogen production in the region as the fuel of the future, and maximizing the benefit of our comparative advantages. This is represented in the availability of vast areas of land with strong sources of renewable energy from wind and sunshine, as well as Egypt’s distinguished geographical location as a center of the world and easy access from it to the continent of Europe due to its marine outlets.

Shaker stated that the MoUs signing includes a number of international and local alliances and companies, including the Saudi company ACWA Power, the Benchmark alliance, the Holding Company for Chemical Industries, the China Energy company, Germany’s DAI, the Indian company Ocior Energy, and the VoltaLia – TAQA, and bp.

Signing with these alliances follows the previous successes in the same context, as 16 other developers were previously signed to implement green hydrogen production projects and its derivatives, and a framework agreement was signed with nine of these developers in preparation for the implementation of projects, during Energy Day within the activities of COP27 in Sharm El-Sheikh, Shaker noted.