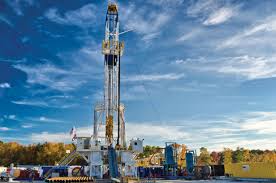 According to an unofficial specialized study, there is a potential of existence of shale oil in Kuwait as there are 23 calcareous clay layers expected to be a source of shale oil and gas, an expert said.

Comparing these layers with the layers of Eagle Ford Shale in the US, a large amount of reserves of shale gas is expected to be found in Kuwait, Head of Al-Sharq for Petroleum Consulting Company Abdul-Samea Behbehani told KUNA.

He pointed out that Saudi Arabia works on digging up to five experimental wells of shale gas in the Ghawar Field and in other fields near borders with Jordan.

Behbehani admitted that the process is facing challenges, but affirmed that they would overcome soon.

Behbehani said that the shale oil well production continues up to five years, with a capacity of 500 b/d, he said, indicating the world production by 2020 is expected to reach 12 tcf.
The cost of a shale oil barrel production is between $30-40 dollar, down from $60-70 before the current drop in oil prices occurred, he said.

“Some countries across the globe have announced the discovery of large quantities of shale gas. China tops these countries with 1115 tcf, followed by Argentina (808 tcf), Algeria (707 tcf) and US (655 tcf) as well as other countries like Canada, Mexico, Australia, South Africa, Russia and Brazil have also announced quantities of this gas ,” he said.