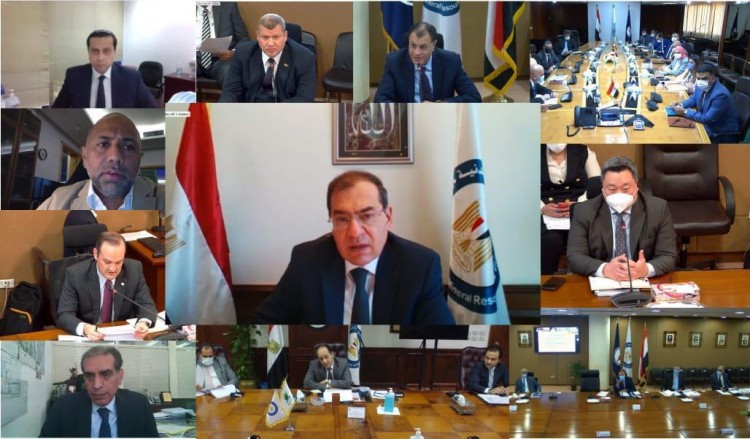 Khalda Petroleum Company and Qarun Petroleum Company announced that they will pump around $1 billion investments in the Western Desert during the fiscal year (FY) 2021/2022, as Khalda targets to invest $830 million while Qarun will invest $252 million in different oil and gas relevant activities, a press release reported.

This announcement was made during the two company’s general assembly virtual meetings headed by Minister of Petroleum and Mineral Resources, Tarek El Molla, to approve their budgets planning of FY 2021/2022.

As for Khalda, its Chairman Saeed Abdel Moniem, declared that the company’s investments will be focused on oil and gas exploration and production (E&P) activities, in its concessions located in the Western Desert.

The company also plans to drill 87 new wells, 35 of which are exploring wells, while the other 52 are developing wells, with the aim of achieving production rate of 130,000 barrels per day (b/d) of oil and condensates, in addition to 630 million cubic feet per day (mmcf/d) of natural gas.

Meanwhile, Chairman of Qarun, Ashraf Abdel Gawad, stated that his company’s investments will be oriented to drilling 24 developing wells and five exploring wells, while keeping on its well maintenance and reform plan to achieve annual production rates of 9 million barrels.

For his part, El Molla highlighted the necessity of updating the performance, raising the operation efficiency, benefitting from the infrastructure, and applying cost reduction strategies, in order to increase the efficiency and thus overcome repercussions of the pandemic crisis. He also urged the expediting of  the E&P operations to compensate the natural decline in production.