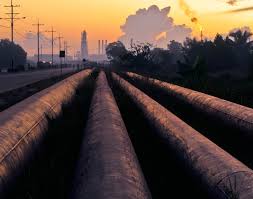 Jordan is to import six to seven cargoes of gas a year, on top of the current supply deals of 36 cargoes won by Royal Dutch Shell for two-year deliveries, according to Al-Azzam speaking at the CWC World LNG Summit.

Gold said: “We have a letter of intent for Israel’s energy companies to export gas to the Jordanian electricity company. It is a main anchor for the development of Jordan’s economy. Even though it is not a binding agreement, not implementing development of the gas, and blocking Israeli gas going to Jordan, will not be good for our relations with the Hashemite Kingdom.”

“If Israel does not export to Jordan, it will seek an alternative that is not positive for Israel. In 2003, we heard that Iran was ready to supply gas to Jordan via Iraq. In November 2015, Iran signed an agreement to double its gas exports to Iraq by 2017,” Gold added.