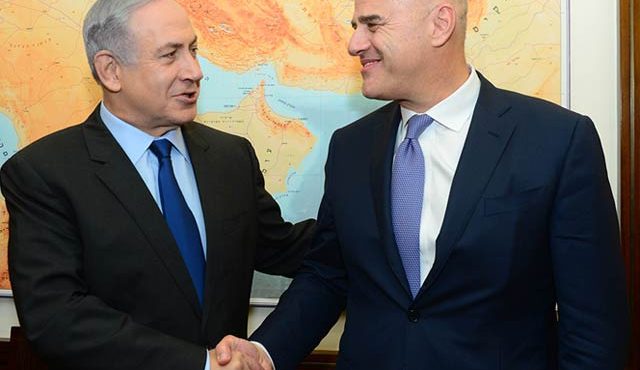 Italian energy giant Eni issued a press release on the recent meeting held in Jerusalem between its CEO, Claudio Descalzi, and the Israeli Prime Minister, Benjamin Netanyahu, and the Infrastructure, Energy and Water Minister, Yuval Steinitz.

Eni’s CEO illustrated the importance of sharing future resources as well as export and transportation infrastructures of Israel, Cyprus and Egypt, hoping to transform the area into a regional gas hub bolstering European energy security.

According to the press release the meeting was a follow up of previous meetings that Claudio Descalzi had held on this subject with the Egyptian president, Abdel Fattah Al-Sisi and also the President of the Republic of Cyprus, Nicos Anastasiades.

The Jerusalem Post added that Steinitz had suggested to Eni that it is considering investing in two yet to- be-developed Israeli gas reservoirs, Karish and Tanin.

This is in the event that the settlement between the Israeli government, Delek, and Noble Energy is finally resolved, which would prompt the two companies to sell the Karish and Tanin reservoirs to a third party.

Also in attendance was the Energy Ministry Director-General Shaul Meridor who presented Eni’s executives with estimates of the potential for discovery of large natural gas fields in Israel’s economic waters, as well as the advantages of regional cooperation.

Steinitz told The Jerusalem Post that “It’s quite clear that there might be very close cooperation between Israel, Egypt, Cyprus, Jordan, and maybe also in the future, Greece and Turkey.”

The Jerusalem Post also revealed that Netanyahu’s met with Descalzi after the CEO’s visit to the Energy Ministry, with Steinitz in attendance, along with National Security Council head Yossi Cohen and Prime Minister’s Office director-general Eli Groner.

“As part of the growing strategic cooperation between Israel and Italy in a variety of fields, I see great importance in cooperation with Italy also in the field of energy,” the Prime Minister said.