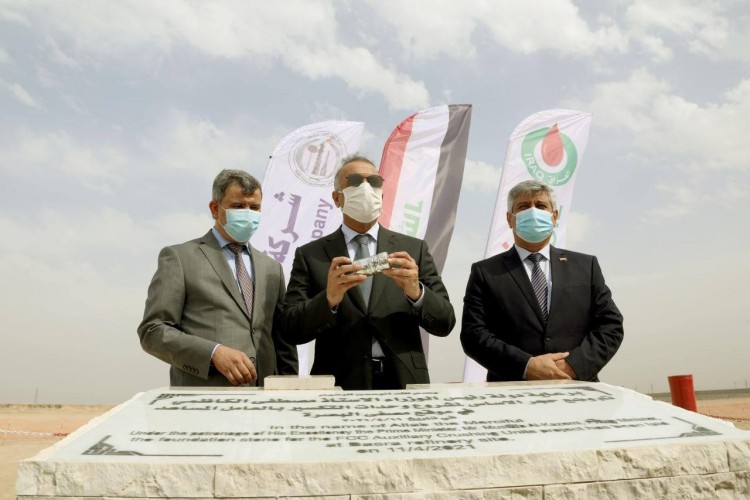 Iraqi Prime Minister, Mustafa Al-Kadhimi, along with Minister of Oil, Ihsan Abdul Jabbar, have laid the cornerstone of South Refineries Company’s FFC project, in Al Basra, at a capacity of 55,000 barrels of oil per day (b/d), a press release announced.

The Iraqi Prime Minister elaborated that this FFC project is one of the strategic and development projects which contribute to improving the production capacity of the petroleum sector.

For his part, Abdul Jabbar expected that this project will increase the production capacity of South Refineries Company by converting the wastes that came out from the refineries’ production into products such as gasoline, gas oil, naphtha and fuel according to international standards (Euro/5).

The project is being constructed by the Japanese JGC company and funded by Japan International Cooperation Agency (JICA). It came in line with the governmental efforts to boost the national resources and the economic development of the country and to reinforce the bilateral relations between Iraq and Japan.