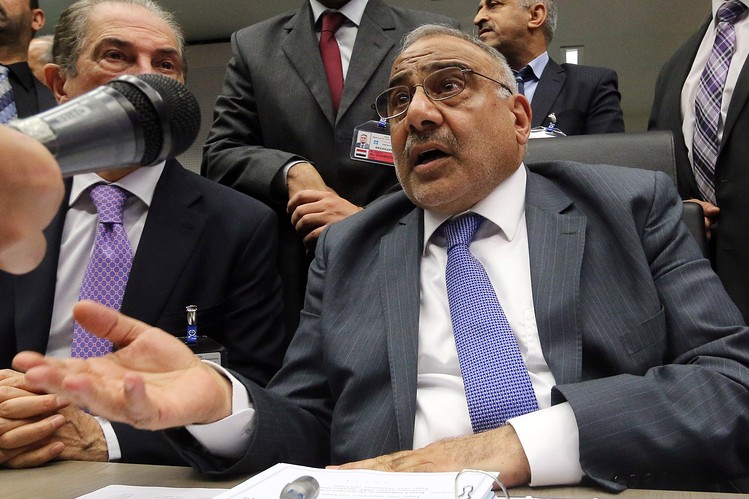 Iraq is pumping crude at a record pace and will continue to boost exports this year amid a global market glut that’s pushed prices down, Oil Minister Adel Abdul Mahdi said.

“The average for Iraqi crude output is 4 million b/d, which is a historical record,” Abdul Mahdi said at a news conference after meeting his Turkish counterpart, Taner Yildiz, in Baghdad.

The figure includes output from the semi-autonomous Kurdish region in the north. In December, Iraq pumped 3.35 million barrels daily without the Kurdish region, according to the oil marketing organization SOMO.

Iraq plans to boost crude exports to 3.3 million b/d this year, including from the Kurdish area, Abdul Mahdi said. Iraq and Turkey agreed to boost Iraqi crude exports from the north via the Turkish port of Ceyhan to 375,000 b/d in the coming months, and to as much as 600,000 b/d by April, he said.

The Middle East nation, holder of the world’s fifth-largest crude reserves, is rebuilding its energy industry after decades of wars and economic sanctions. The central government reached an accord last month with the Kurds over their oil exports through Turkey. Iraq exported 2.94 million b/d in December, the most since the 1980s, Oil Ministry spokesman Asim Jihad said Jan. 2.

Oil prices fell almost 50% last year, the most since the 2008 financial crisis, as crude supplies swelled amid the fastest pace of U.S. production in more than three decades and the Organization of Petroleum Exporting Countries resisted calls to cut its own output. The United Arab Emirates and Qatar estimate the crude surplus at 2 million b/d.