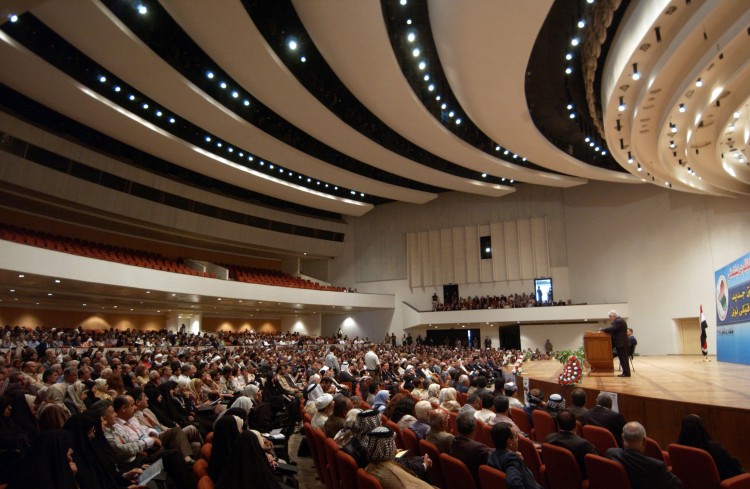 Falling oil prices forced Iraq’s cabinet to revise its draft 2015 budget, trimming its forecast for oil to $55 a barrel from $60.

It trimmed spending to 119 trillion Iraqi dinars ($105 billion) for 2015, Massoud Haider, a member of parliament’s finance committee, told Reuters. Even so, the budget deficit will rise to 25 trillion dinars, he said.

The decision to lower the forecast oil price may satisfy some MPs who saw the previous estimate as unrealistic, but Brent crude is trading still lower at under $50 a barrel, down from $115 in June.

Speaking after a meeting of the U.S.-led coalition which has launched air strikes against IS in northern Iraq and Syria, Abadi said allies could help by potentially allowing Baghdad to defer payment for ammunition and weapons.

Haider said the revised budget cut around 10 trillion dinars from the operational and investment expenditures and transferred it to other parts of the budget, without giving further details.

“We expect to approve the budget on Thursday if no political differences emerge,” he said by telephone.

The government of former prime minister Nuri al-Maliki failed to pass a 2014 budget after relations between Sunnis and Kurds deteriorated.

By contrast, the 2015 budget has become a measure of growing goodwill between Baghdad and the Kurdish region as they both fight Islamic State militants.

Unlike previous budgets approved under the Maliki government, the 2015 plan does not list punitive measures to reduce the Kurds’ share if they do not meet their export quotas for oil.

The budget has been delayed for months by sliding oil prices; it originally assumed an average oil price of $70 a barrel.

Defence alone is expected to take up around 20% of 2015 budget expenditure. The state also has to ensure the payment of its civil servants, with more than 5 million state employees.