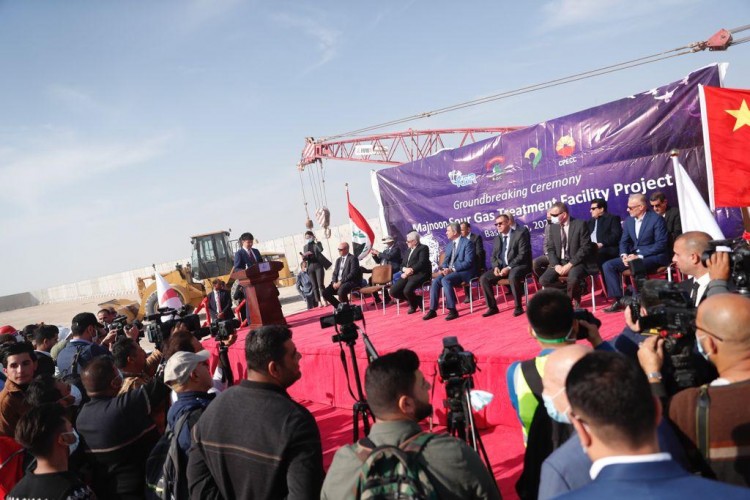 The Iraqi Oil Minister Ihsan Abdul Jabbar announced that he seeks to increase production to 450,000 barrels of oil per day (bbl/d).

He said that during his speech in the ceremony to lay the cornerstone for investing in sour gas from Majnoon Field in El Basra with a capacity of 155 million standard cubic feet (mscf) of gas.

This occasion also witnessed the opening of two buildings for the field’s production and development authority as well as the facilities for electronic control of Majnoon Field, which have the latest technologies and monitoring equipment.

The minister has praised the efforts involved in developing the field and commitments to increasing production capacity while reducing costs by 30%.

Abdul Jabbar noted that the field will supply amounts of natural gas needed to operate the electric stations as well as produce liquefied natural gas (LNG) and condensates.