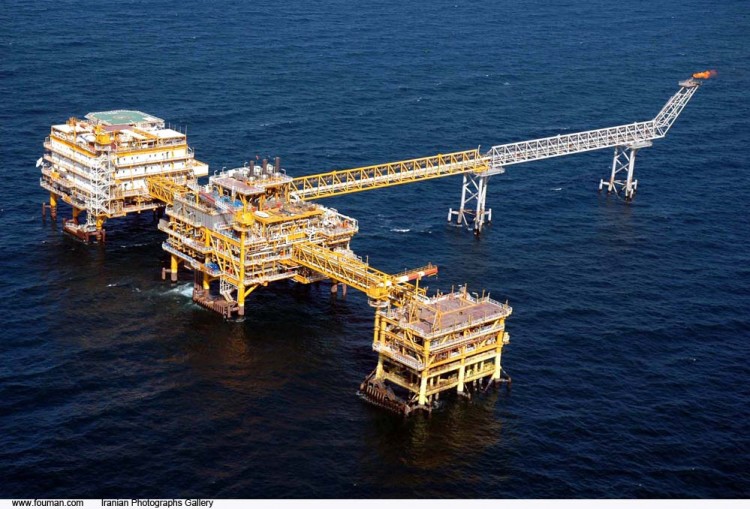 Rahimi underlined that the gas condensates were mainly exported to China, Japan, UAE, India, Turkey, Iraq, Taiwan, Thailand, Malaysia, Vietnam, Afghanistan, Pakistan, Armenia, Russia, Mozambique, Egypt, Syria, Turkmenistan, Tajikistan, Ukraine, Qatar, Tanzania, Philippines, Ghana, Kenya, Azerbaijan, Georgia, South Korea and Mexico.
Iran sits on the world’s largest natural gas reserves.
South Pars, which Iran shares with Qatar in the Persian Gulf, is estimated to contain 14 tcm of gas and 18 billion barrels of gas condensates.
Meanwhile, Managing Director of the National Iranian Gas Company Alireza Kameli announced increase of 150 mcm of gas per day to the gas export capacity of the country in the next three years.
He said with regard to the annual production increase of 100 mcm of gas from South Pars in the next three years at least 150 million cubic meters of gas will be added to the export capacity of the country per day.
He referred to new negotiations being held with the Persian Gulf countries for the export of gas and said currently talks are underway with Kuwait, the United Arab Emirates and Oman, adding that although the talks have not been finalized the result has been satisfactory.
In general, the official added, Iran is after increasing gas relations with the neighboring countries because their long term contracts will entail strengthening of trade ties and subsequently political relations.