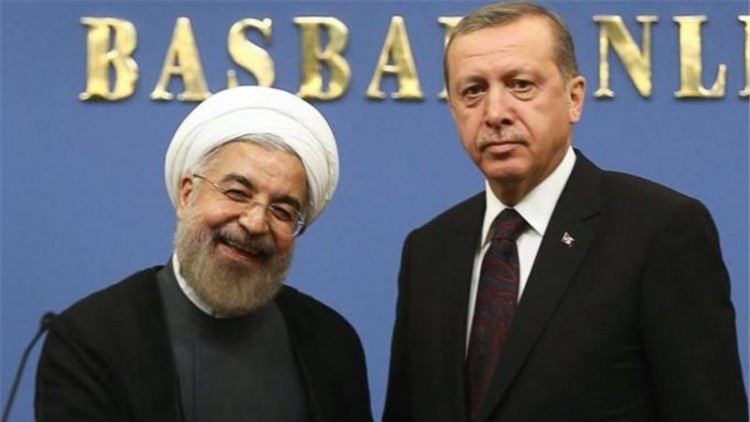 “We purchase 90-95% of Iran’s exported natural gas. The most expensive natural gas that we import is from Iran. If this price were lowered, of course we would increase the amount of natural gas we buy from Iran,” Erdogan said at a joint press conference with Iranian President Hassan Rouhani in Tehran on Tuesday.

Iran reportedly charges Turkey $490 for every 1,000 cubic meters of natural gas it exports to its neighbor. Turkey claims that the Republic of Azerbaijan and Russia supply gas to Turkey at $335 and $425 per 1,000 cubic meters, respectively.

Turkey’s Energy and Natural Resources Minister Taner Yildiz said on Monday that Erdogan would discuss the prospects of transporting Iranian gas to Europe.

Turkish officials have already said they view Iran as a possible supply source for the Trans-Anatolian gas pipeline whose construction is planned to be completed in 2018.

The Trans-Anatolian gas pipeline is part of the Southern Gas Corridor seen by the European Union (EU) as an alternative to Europe-bound supplies via Russian gas pipelines.

Rouhani said Iran and Turkey should work together to raise the level of their trade exchanges to $30 billion from the current $14 billion.

He said Turkey-Iran High Level Cooperation Council is to hold its third meeting in the near future to explore ways for boosting bilateral trade.

Erdogan said the two countries should envisage trading in their own currencies instead of vehicle currencies – dollars and euros – to avoid foreign exchange volatility.

“We shouldn’t be under the pressure of other currencies. We should do our purchases with Iranian money and Iranians with Turkish,” said the Turkish president.

Turkish Economy Minister Nihat Zeybekci said on Monday, “Turkey is the most prepared country for Iran to be free of sanctions, for Iran’s economy to normalize.”

Last Thursday, Iran and the P5+1 states – the US, France, Britain, Russia and China plus Germany – issued a joint statement at the end of eight days of sensitive nuclear negotiations in the Swiss city of Lausanne.

Iran and the six global powers will work to draw up a final accord by the end of the self-designated June 30 deadline.

According to the joint statement, the two sides have reached a mechanism to lift sanctions after the agreement, known as the Joint Comprehensive Plan of Action (JCPOA), is reached by the end of June.

Once a preparation period is over, Iran starts implementation of nuclear measures while simultaneously removal of “all sanctions” goes into action automatically.