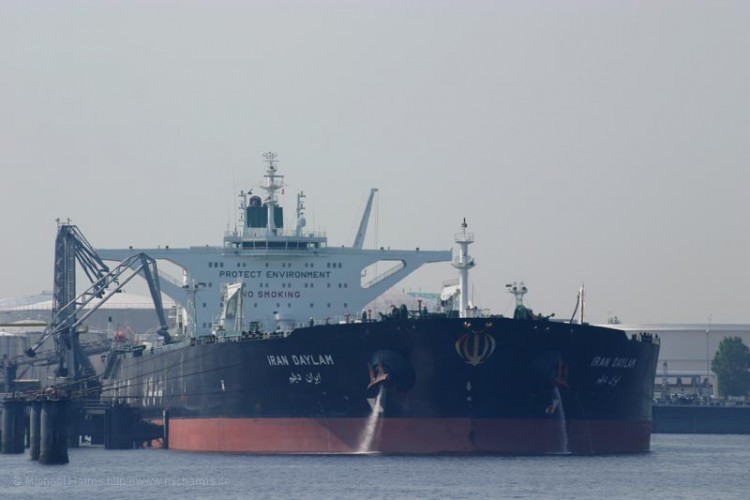 Managing director of the National Iranian Tanker Company (NITC) rapped the European Union (EU) for putting the country’s biggest tanker firm back on the list of sanctioned Iranian entities, slamming the move by the bloc as politically-motivated.

Ali Akabr Safaei described the recent move by the western bloc to re-impose sanctions on the company as unlawful, noting that “the company has presented the relevant international authorities with strong evidence in an attempt to ensure the world it has always operated within the law”.

He went on to say that NITC will take action to prove the unlawfulness of the imposed embargo and also to remove Iran’s biggest tanker firm from the list of EU’s sanctions.

“The NITC will take legal action to prove the illegality of the re-imposition of sanctions on this company and will follow up on damages incurred by sanctions with international bodies,” Safaei said.

During a meeting in Brussels on 12 February, members of the European Union decided to sanction again the NITC which is transporting oil around the globe.

Britain also followed the European Union and put the NITC back on the list of sanctioned Iranian entities.

This is while the General Court of the European Union annulled the sanctions against Iranian businessman and five firms, namely, the NITC, Sorinet Commercial Trust (SCT), Sharif University of Technology, Moallem Insurance Company (MIC) and Sina Bank in October.

The rulings in respect to businessman Babak Zanjani’s Sorinet Commercial Trust, Sharif University of Technology, and the NITC were passed on July 3, 2014.

The verdict regarding Moallem Insurance Company was handed down on July 10, 2014, while the decision on Sina Bank was issued on June 4, 2014.

Since the judgments were not appealed within the designated two months, they came into effect.

After the EU announcement, Britain also ended asset freeze on five Iranian entities and a tradesman after the EU General Court issued rulings on the annulment of sanctions against Iran.

In mid-August, Iran called on the European countries to comply with the rulings of the EU courts on the annulment of the sanctions against Tehran.

“The EU’s executive and administrative bodies should respect the European court rulings and undertake to comply and exercise the verdicts,” Iranian Foreign Ministry Spokeswoman Marziyeh Afkham told reporters at the time.

That was one in a series of annulments by the European court of the designations of Iranian individuals and companies from the EU sanctions list. Yet, the EU still shrugs off putting the rulings into effect.