Hi-tech and Big Data Steps Into the U.S. Oil Industry 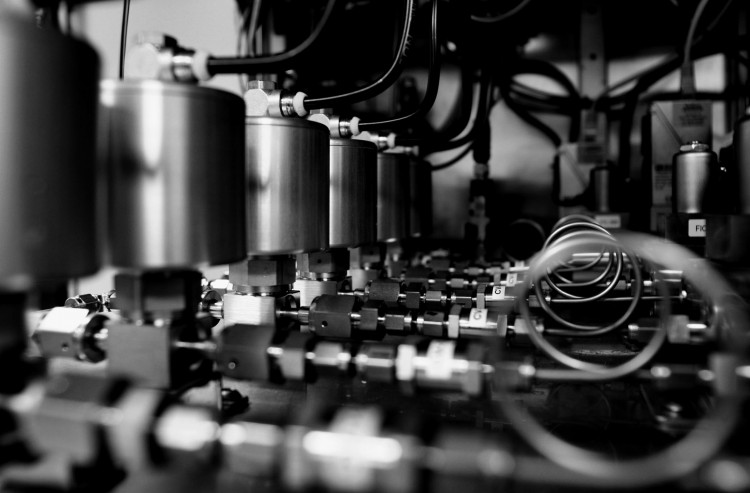 With the price of crude plumbing lows not seen since 2009, Royal Dutch Shell, Whiting Petroleum Corp and many others are turning to rocket fuel, Big Data, lasers, spectrometers and other new or revamped technologies to do more for less.

Baker Hughes Inc saw more client inquiries about products that increase efficiency of existing wells in the first three months this year than in all of the past two years, said HC Freitag, vice president of integrated technology at the oil service giant.

“Since the beginning of the year, we’ve had a dramatically higher number of conversations with customers.”

It is too early to judge whether the new tools can produce gains similar to those of the past six years, when well output kept rising at double-digit rates and the time needed to drill and frack new wells dwindled to about 10 days from 40.

But U.S. shale oil producers have a history of repeatedly exceeding expectations with their ability to innovate and lift productivity.

Scott Johnson, a petroleum engineering professor at the University of North Dakota, says new technologies do have the potential to help the industry offset the impact of lost jobs and spending cuts.

“Companies are often so busy when prices are high, they don’t have an opportunity to take a look at new technology,” said Johnson, who is leading a high-tech analysis of core samples taken from across the state’s Bakken shale formation.

“That’s why they want the engineers to think out of the box and take new opportunities especially when prices are low.”

To be sure, oil producers are only beginning to experiment with some of these newer solutions and tech firms that offer them are talking about rapid expansion, but from a low base.

The company, which grew out of U.S. Department of Defense research, has two shale customers now – BP and Statoil – but expects that number to grow to 12 by the end of this year.

GroundMetrics estimates that its cheaper and more efficient alternative to microseismic technology used now in energy exploration will allow oil firms to drill 10 percent fewer wells. That, executives say, could translate into over $20 billion in annual savings for the whole industry if widely applied.

“Oil companies drill more wells than they need to,” said George Eiskamp, the GroundMetrics chief executive. “We can help reduce the number of wells that are fracked without reducing production, thus cutting costs.”

WellDog Inc is another company that is adapting an existing technology for shale oil clients. The privately-held firm was founded to work with coalbed methane producers. It’s now started to market its spectroscopy technology to shale clients to help distinguish between cheap reserves of methane and more-lucrative ethane, propane and butane reserves.

The technology also helps gauge pressure in oil wells so they can be managed better. Since last year, WellDog has taken on seven U.S. shale companies as customers, including Whiting Petroleum, which operates in Texas, North Dakota and Colorado.

WellDog, which said its sales doubled to $18.5 million last year, aims to double or even triple the number of customers this year, expanding at a time when most of the industry is scaling back.

In some cases, Baker Hughes has been able to double a declining well’s output, Freitag said.

In Houston, which doubles as the world’s energy capital and home to the U.S. space program, there is also occasional crossover between aerospace and energy.

Core Laboratories is reporting a surge in demand from the oil industry for its Kodiak Enhanced Perforating system, which uses cartridges filled with a substance used in solid-fuel rockets. Instead of propelling rockets into space, it is used to explode inside a well to help create fracks, says sales executive Mike Peveto.

“Now that the price of oil is dropping, there’s some people who want to squeeze as much oil as they can out of a well.”