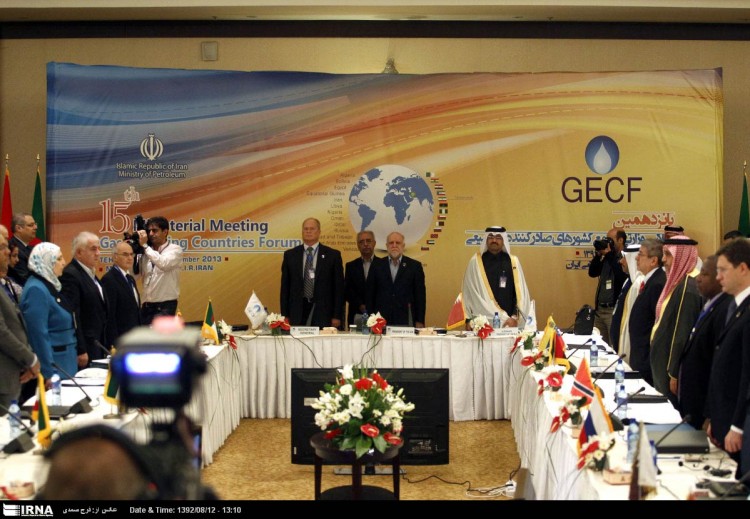 A near doubling of gas demand in the Middle East and North Africa by 2035 could eat into exports and turn some countries in the region into net importers, the secretary general of the Doha-based Gas Exporting Countries Forum said yesterday.

“If adequate structural reforms in the energy sector did not take place in these countries of the Middle East, it may cause reduction of their export,” said Mr Adeli. “We see in the next 20 years that some countries even may become net importers if this persists. In this region we have just two gas surplus countries – Qatar, Iran and Oman to some extent – but the rest are gas-deficit countries.”

Qatar is the world’s biggest exporter of liquefied natural gas (LNG). It has a capacity to produce 77 million tonnes per year of LNG.

Oman has an annual capacity to produce 10.4 million tonnes of LNG. But Oman and the UAE import gas from Qatar through the Dolphin Gas Energy pipeline.

Countries in the region are increasingly importing LNG to meet rising power needs. Abu Dhabi intends to build an LNG terminal in Fujairah with capacity to import 9 million tonnes a year when it is up and running by 2018. Emirates LNG, the terminal project, is a 50-50 joint venture between the Abu Dhabi investment firms Mubadala Development and Ipic.

Bahrain is also in talks with Russia to import LNG to a terminal it is building and expects to start operating by 2017. Jordan is also building an LNG import terminal, while Egypt is planning to start importing LNG this year. Kuwait began importing LNG in 2009.

The drop in oil prices has yet to have major impact on LNG supply from the Middle East, Mr Adeli said. LNG from the region is usually sold in long-term contracts where prices are linked to oil.

“For the time being it is not going to cause any problem, but if it persists it may cause some challenges. The supply would somehow be affected,” Mr Adeli said.

Brent is hovering around US$48 a barrel, down almost 60% from last year’s June peak of about $115 a barrel, owing to an oil supply glut sparked by the US shale oil boom, weaker demand in Europe and Asia and a strong dollar.