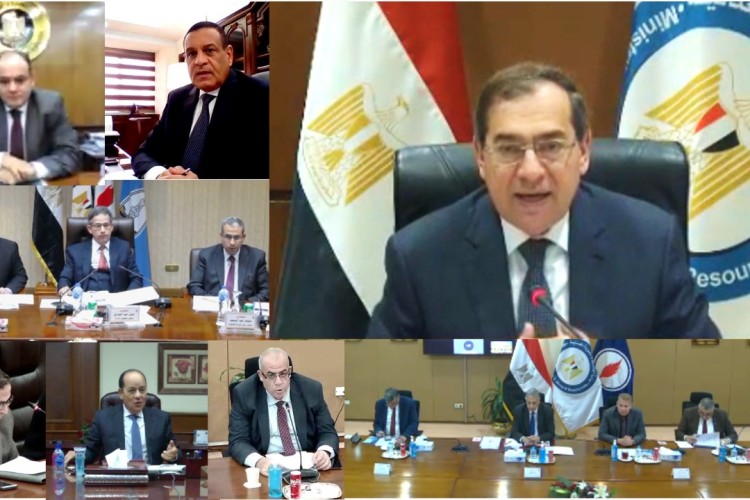 At the conclusion of the work of the general assemblies of the public sector oil companies, Tarek El Molla, Minister of Petroleum and Mineral Resources, chaired the general assembly of the General Petroleum Corporation (GPC) via video conference to approve the budget plan for the next fiscal year (FY) 2023/24, in the presence of Hisham Amna, Minister of Local Development, and Ahmed Samir, Minister of Trade and Industry, the petroleum ministry said in a statement.

During the assembly, El Molla explained that GPC’s achievement of the third position in the list of major oil production companies in Egypt came as a result of good planning and management, sincere efforts of employees, and full support from the Ministry and the Egyptian General Petroleum Corporation (EGPC) for the company.

During the past few years, GPC was able to implement a number of development, growth and digital transformation projects within the sector development and Modernization program, which contributed to achieving outstanding successes and new oil discoveries that enabled it to assume this position among oil production companies to be a strong supporter of the national economy as it is wholly owned by the state.

El Molla highlighted the importance of continuing to push efforts in research, exploration, development and infrastructure development, including collection and processing stations, storage, transportation and shipping of crude oil and natural gas. This is in addition to the importance of executing integrated maintenance programs in the fields of implementation, operation and management of projects to ensure the continuity of increasing production capacity, as its total production reached about 98,000 barrels of oil equivalent per day (boe/d), adding the company’s share of the production of the participating companies.

The minister pointed to the continuation of full support for the company by assigning new areas for research and exploration to meet the company’s ambitions to achieve more discoveries.

The minister directed the continuation of environmental sanitation procedures and projects and building on the important steps that have been accomplished in the environmental field in the company’s fields, especially in the Gulf of Suez region, in cooperation with the Ministry of Environment. He also pointed to continuing to support process safety procedures and follow up on their implementation in accordance with requirements and standards to achieve safe and environmentally friendly operations.

El Molla listened to a presentation by Nabil Abdel Sadiq, GPC Chairman, on the most important projects of the planning budget for FY 2023/24 and its plans in the field of research, exploration, development and production in its concession areas in the Eastern Desert, the Gulf of Suez, Sinai and the Western Desert, and the general assembly approved the planning budget for the company.