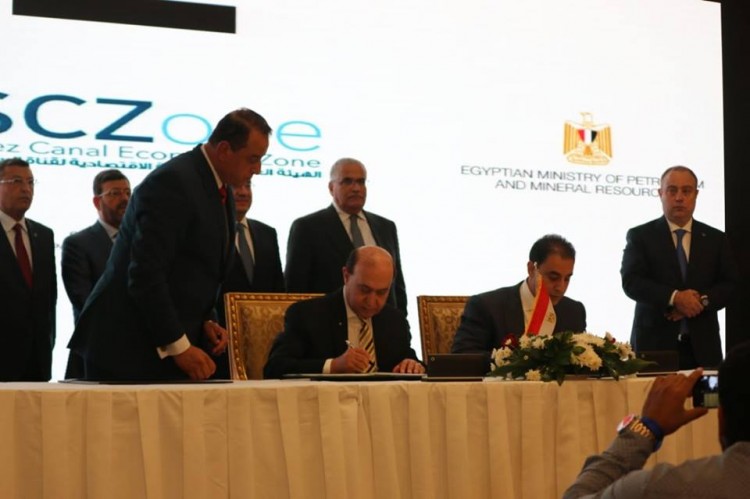 The Egyptian cabinet signed contracts on June 30 with the Cairo-based Carbon Holdings to build a $10.9 billion petrochemical complex, the cabinet announced.

The Tahrir Petrochemical complex will extend over a 5 million m2 area in the Suez Canal Economic Zone (SCZone) in Ain Sokhna, making it the biggest facility of its kind in the Middle East. The facility is expected to take three years to build.

The complex will increase Egypt’s exports by $8 billion, the SCZone wrote.

Carbon Holdings CEO Basil El-Baz told Reuters a year ago that he believes that the project will double Egypt’s exports within its first year.

“The project is funded by international institutions and represents an added value to the Egyptian industrial sector,” petroleum minister Tarek El Molla said at the signing ceremony, according to Enterprise.

El Molla added that the project will help Egypt to increase its petrochemical production, and maximize the benefits of its hydrocarbon wealth.

The complex will create 20,000 jobs in the construction phase and 3,000 other opportunities when the facility begins operations, in addition to 25,000 indirect jobs, according to the SCZone’s statement.

Anchorage Investments to Develop a $2.5 B Petrochemicals Project in Suez Canal