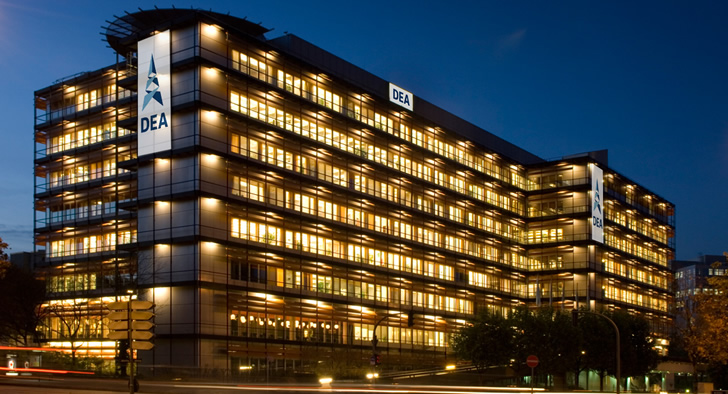 DEA Deutsche Erdoel AG is pleased to contribute significantly to Egypt’s security of energy supply. The final agreements to develop 5 trillion cubic feet of gas resources had been signed. The West Nile Delta development is considered as of prime importance for Egypt’s energy sector and is currently the largest project in DEA’s portfolio.

The Egyptian Minister of Petroleum, the Egyptian General Petroleum Corporation, the Egyptian Natural Gas Holding Company, operator BP and partner DEA signed the final agreements last Thursday. The total investment of the partnership will be around 12 billion US Dollar to develop 5 trillion cubic feet of gas resources and 55 million barrels of condensates.

“We are pleased to have contributed to the successful conclusion of these contracts securing such a large scale supply that will help to meet the increasing energy demand in Egypt”, said Thomas Rappuhn, Chief Executive Officer of DEA. “This project underlines once more DEA’s long-term commitment to the country, where we are active for more than 40 years now”.

Production from West Nile Delta (WND) is expected to reach up to 1.2 billion cubic feet per day, what is about 25 per cent of Egypt’s current gas production. The produced gas will be fed into the country’s national gas grid. Production is expected to start in 2017. Gas will be produced from two offshore concession blocks, North Alexandria and West Mediterranean Deepwater.

The WND project concept maximises the utilisation of existing infrastructure. The fields Taurus and Libra will be developed subsea and tied-in offshore to the existing Burullus facilities, operated by the Burullus Joint Venture.

The fields Giza, Fayoum and Raven will be tied-back to the shore over long distance and deepwater, where the existing Rosetta plant will be modified for Giza and Fayoum and integrated with a new adjacent onshore plant for Raven.

DEA and its predecessor organisation have been operating successfully in Egypt since 1974 and, as operator, can look back on three decades of oil production in the Gulf of Suez. Since 1984, Dea has produced over 640 million barrels of crude as operator in the Gulf of Suez. In addition, DEA’s Disouq gas development project in the Egyptian onshore Nile Delta has recently made remarkable progress and doubled the company’s overall production in Egypt.