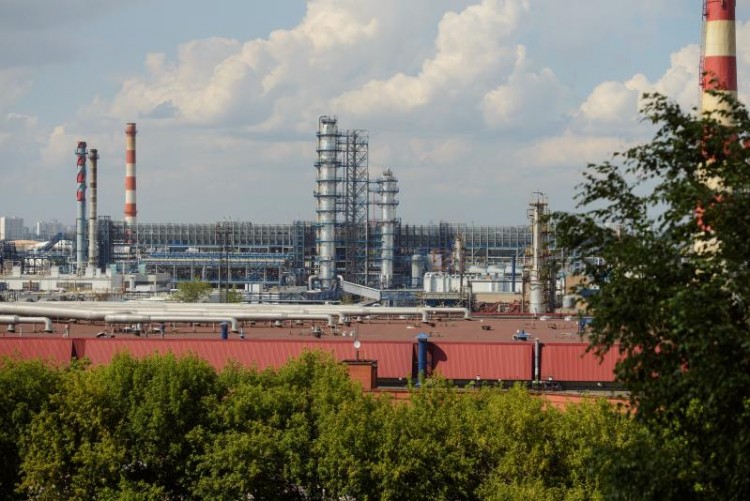 Russian oil producer JSC Gazprom Neft is moving forward with construction on the second phase of a biological wastewater treatment system at its 12.15 million tonne/year refinery in Moscow.

The two second-phase biological treatment plants, which are to be built on a former buffer zone decommissioned in 2012, will have a total capacity of 1,400 cu m/hr across two zones, with the plants to cover areas of 6,400 sq m and 18,000 sq m, respectively, the company said.

Activated sludge, which contains various microorganisms that act together as a culture to absorb organic matter, nitrogen, and other petroleum products and pollutants, will be used in combination with mechanical filtration through a membrane bioreactor to remove nearly 100% of industrial effluents from the refinery’s wastewater, Gazprom Neft said.

Once fully commissioned in 2017, the multistage biological wastewater treatment system will more than halve the refinery’s current water consumption, allowing 75% of water to be returned to the plant’s production cycle.

The new system additionally will improve the quality of water delivered from the refinery to the local sewage system to parity to water qualities found in regional fisheries to help reduce demand on municipal wastewater treatment plants by threefold, the company said.

These second-phase wastewater treatment plants are to form part of a single installation with an underground, mechanical treatment plant completed at the refinery in 2012 as part of the project’s first phase, Gazprom Neft said in an Apr. 15, 2014, release.

Implementation of the wastewater treatment system, as well as other emission-reduction projects, comes as part of the company’s renovation and modernization program at Moscow over 2013-20, according to Arkadly Egizaryan, Gazprom Neft’s chief executive officer for the Moscow refinery.

Once completed, the modernization program at Moscow will increase overall design capacity of the refinery to 18.15 million tpy.