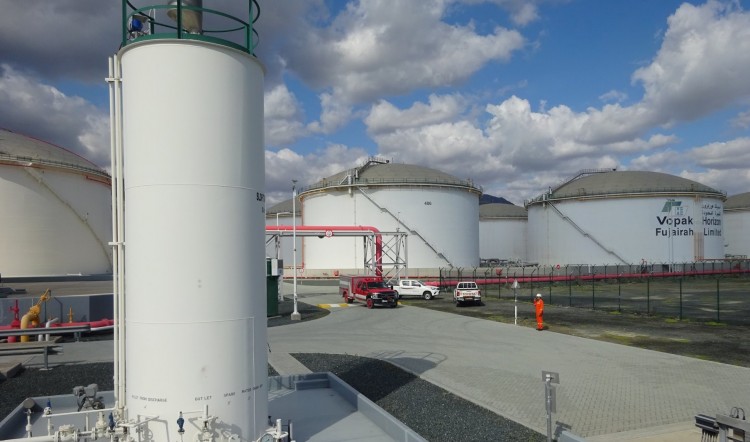 Fujairah port’s oil stocks has declined to the lowest level in 2021 due to the increase of the oil exports, according to data released by Fujairah Oil Industry Zone, which was published by S&P Global Platts.
The total stockpiles reached 20.85 million barrels (mmbl) until February 15, a drop of 1.6% from the previous week and the lowest since November 30.
According to the data, heavy distillates including fuels, declined by 3% to 9.487 mmbl. Middle distillates stocks reached 4.166 mmbl until February 15, dropped by 5% from the earlier week, recording decrease for the fourth week.
While light distillates, including gasoline and naphtha products, jumped by 3% to 7.201 mmbl during the same period compared to the previous week.