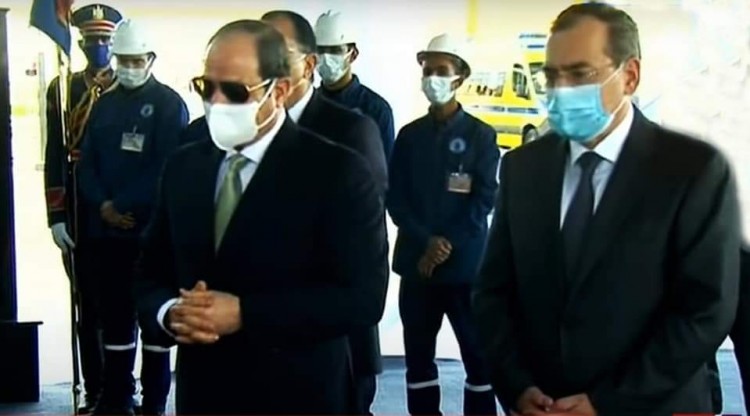 during the inauguration ceremony,  Minister of Petroleum and Mineral Resources Tarek El Molla referred to the role of the oil and gas sector in developing Upper Egypt, especially the new benzene production complex project in the Assiut refinery.

The petroleum products’ total consumption of the ten governorates in Upper Egypt amounts to 20% of Egypt’s total consumption, El Molla noted. He pointed out the major challenges of providing petroleum products to the governorates of Upper Egypt, which were represented in providing fuel and the overcrowded stations; in addition to the increased pressure on roads as a result of transporting products from Cairo, Alexandria, and Suez, as well as the shortage of storage capacities.

El Molla explained that the total production of the new benzene production complex is 800,000 tons annually with various types of benzene, representing 13% of Egypt’s total production and covering 100% of Upper Egypt’s consumption and needs.

Egypt’s local production of benzene increased by 55% from about 3.9 million tons in 2014 to 6 million tons in 2021, as a result of three major projects, including the new project in Assiut, the Egyptian Refining Company’s (ERC) Mostorod refinery, and the expansions of the ANRPC plant in Alexandria.