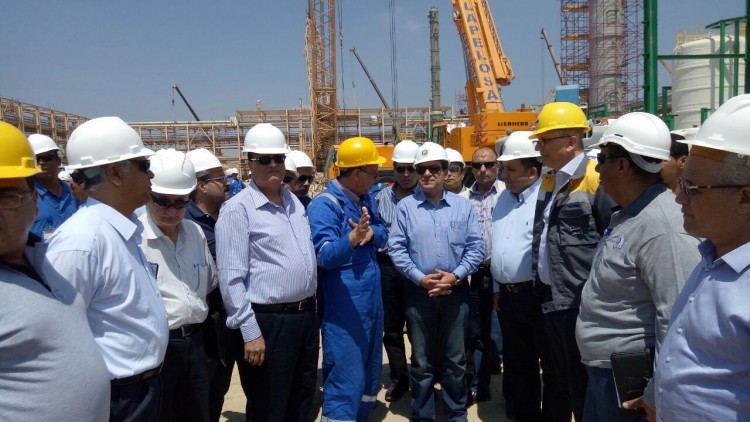 Zohr’s development is in full swing in terms of drilling development wells and constructing offshore facilities and an onshore station, El Molla said. The onshore station will receive and process gas produced from Zohr and should be online before the end of 2017.

The production will have a positive effect on the country’s ability to secure enough natural gas to meet the local market’s demands and, eventually, decrease its imports bills.

The minister was accompanied by the ministry’s first undersecretaries for gas affair and for agreements and discoveries, along with the heads of Egyptian Natural Gas Holding Company (EGAS), Petrobel, and Petrojet. The visit also included deputy chairman of EGAS, and Eni’s Regional Manager, Adriano Mongini.

During the visit, Head of Petrobel, Atef Hassan, stated that the project was 81% complete at the end of July and had, so far, cost $3.8 billion.

Petrobel has drilled seven development wells. Two of them have been completed and a third is in the process. The development schedule calls for the drilling and completion of six development wells during first phase of the project.

El Molla reviewed the offshore work, including the construction of the pipeline network below the surface to transport gas from the wells to the onshore processing facility. Petrojet and Petroleum Marine Services Company finished the marine control platform ahead of schedule.

At the end of his tour, El Molla greeted on-site employees and encouraged them to exert extra effort to ensure the start of production on time.