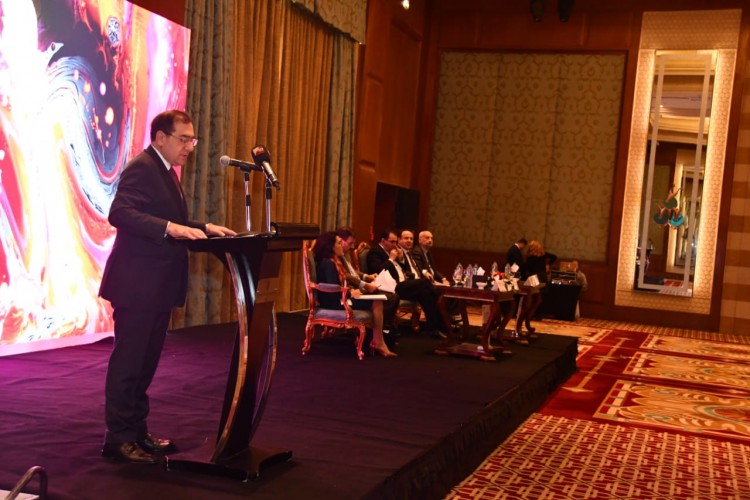 The Minister of Petroleum and Mineral resources, Tarek El Molla, said that the East Mediterranean is considered to be a global basin of natural gas, having great energy potential to support the regional cooperation as well as new partnerships and integrations between the countries and the markets, according to a press release.

He said his speech during the opening of the Mediterranean Energy Observatory (OME) conference in Cairo, in cooperation with the petroleum ministry. It was attended by the First Undersecretary for Agreements and Exploration, Ashraf Farag, the CEO of Egyptian General Petroleum Corporation (EGPC), Abed Ezz El Regal, the Chairman of EGAS, Osama El Bakly, and Ganoub El Wadi Petroleum Holding Company (Ganope)’s Head, Mohamed Abdel Azim, in addition to the OME members.

El Molla announced during his speech that the Middle East is a focal point of most of the conferences and events related to the global energy market, which is a result of the great natural gas exploration achievements.

He added that the conference aims at shedding light on the available opportunities in the Mediterranean and Africa, in addition to discussing the issues and challenges that face establishing an energy regional hub.

El Molla declared that the global energy consumption is expected to increase in the upcoming 50 years because of the high population and industrial activities in the developing countries, noting that oil and gas global consumption reached 80% and that the gas market will meet the quarter of the global requirements in 2040.

He also said that the past developments in the Middle East is due to the huge gas reserves discoveries in the region, in which Egypt had a significant part by Zohr field which is an important milestone in the regional discoveries’ history.

El Molla pointed to Egypt’s role to establish an efficient regional hub for oil and natural gas supported by strong infrastructure, strategic site and the accumulated experiences in the energy industry.