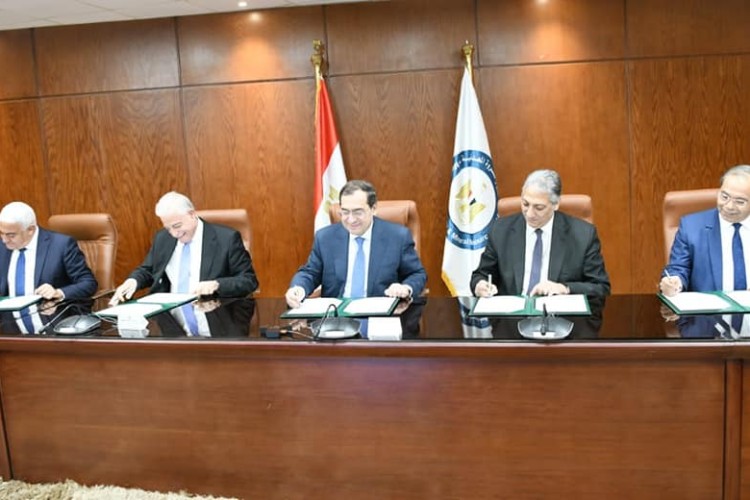 Minister of Petroleum and Mineral Resources, Tarek El Molla, signed two corporate social responsibility (CSR) agreements for social development, the ministry said in a statement.
The first agreement is for implementing integrated development for rain-fed communities in Matrouh Governorate, and the second agreement is for implementing an integrated, smart, and sustainable community in Wadi Al-Maktab in Abu Dis, South Sinai Governorate, using modern technologies. The minister also witnessed the signing of The two executive contracts for the two agreements.
After the signing, El Molla stated that the two agreements and contracts come within the framework of the petroleum sector’s social responsibility towards our people in the two governorates, and based on the ministry’s role in achieving sustainable development in line with Egypt’s Vision 2030 and the presidential initiatives to improve the citizen’s standard of living.
El Molla said that the Supreme Committee for the implementation of the petroleum sector’s strategy for social responsibility gives priority to community development projects, and that the two agreements and contracts will be funded by Eni through its partnership with the petroleum sector in both Belaim Petroleum in Sinai and Agiba Petroleum in Matrouh, which have strong links with their surrounding communities and exert distinguished efforts in cooperation with the executive bodies and civil society institutions in the two governorates.