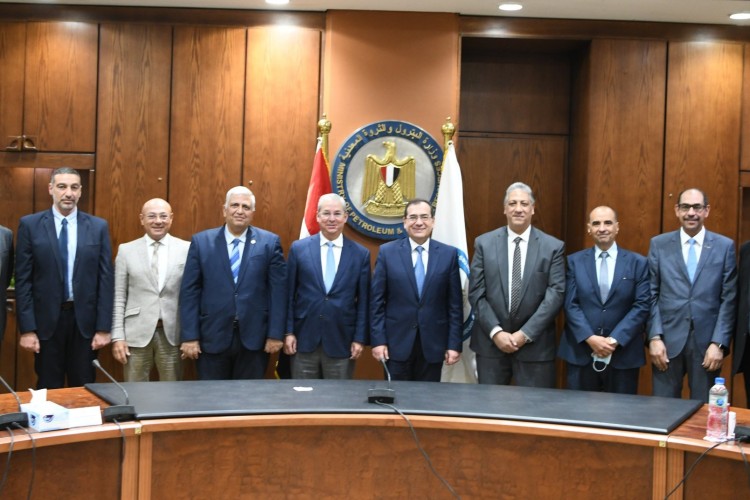 The meeting reviewed the company’s activity in Egypt in light of the new expansions that were recently inaugurated at the Egyptian German Pumps Company’s factory in Suez and the company’s plans during the coming period.

During the meeting, El Molla stated that the petroleum sector attaches great importance to increasing the local manufacturing base of petroleum equipment and tasks necessary for oil and gas activities. This is because of their important role in the implementation of important and vital projects within the framework of the strategy of transforming Egypt into an oil and gas regional trading hub.

Despite the challenges of the past years, the petroleum sector is proceeding with steady steps in developing various projects and opening new horizons for increasing activities, El Molla noted.

The Egyptian German Pumps Company’s factory, after implementing new expansions, has become the largest factory of its kind in Africa and the Middle East and will meet the needs of the sector companies for pumps, El Molla said. He added that it is targeted during the coming period to open new markets to export pumps, especially to the African continent.

Meanwhile, Campuzano confirmed that the new expansions added advanced technologies that removed bottlenecks in pump manufacturing processes and enabled the company to conduct tests of four pumps per day instead of one. The expansions also ramped up the factory’s production from 400 pumps to about 600 pumps annually according to global performance standards.