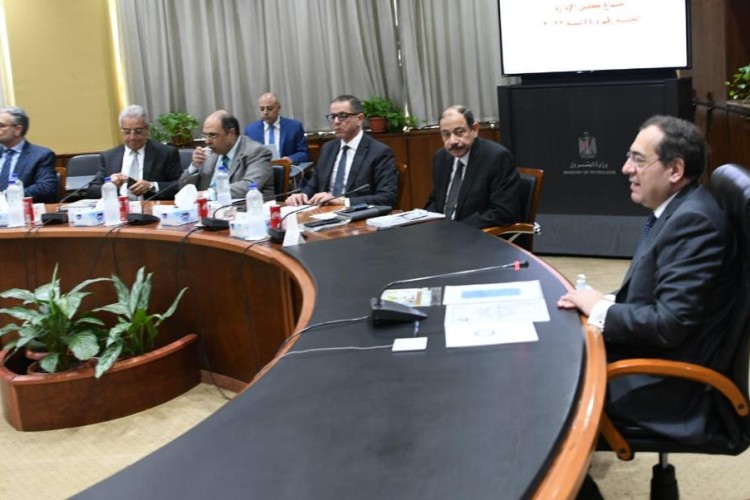 Minister of Petroleum and Mineral Resources Tarek El Molla held a meeting with the Board of Directors of the General Authority for the Economic Zone of the Golden Triangle headed by Adel Saeed, Chairman of the Authority, the ministry said in a statement.

The meeting witnessed a review and discussion of offers and investment projects submitted to the Authority in the Golden Triangle area.

The meeting was attended by Ashraf Al-Dawdy, Governor of Qena, Amr Hanafi, Governor of the Red Sea, members of the Board of Directors, Alaa Khashab, Deputy Minister for Mineral Resources, and accountant Hisham Noureddine, Chairman of the Central Administration for Minister’s Office Affairs.

During the meeting, El Molla highlighted the importance of working to encourage new investments in the Golden Triangle project, in implementation of the mandates of the political leadership and the government to stimulate and encourage investment, in a manner that prepares the environment for the rapid development of the region, the flow of investments to it, and the completion of projects of great economic benefit to achieve the goals of the Egyptian state from this national development project. This should reflect the great modernization of investment laws in Egypt and keep pace with global economic changes.

El Molla also pointed out the importance of keeping pace with the work plans in the region with the economic and legislative changes and transformations in the field of energy, and working to determine the priorities of the investment projects that will be established at the beginning of the implementation of the Golden Triangle project.

In this regard, the minister suggested setting up a specialized workshop in which all state agencies related to the project would participate in order to reach results and outputs and translate them into executive plans for the speedy development of the region and the establishment of investment projects.

The minister also highlighted the importance of the mining in Golden Triangle area, where the focus will be on investments related to mining activity that are capable of achieving the highest added value to the economy, pointing to the importance of defining investment priorities in each of the project areas in light of the available ingredients and development requirements.