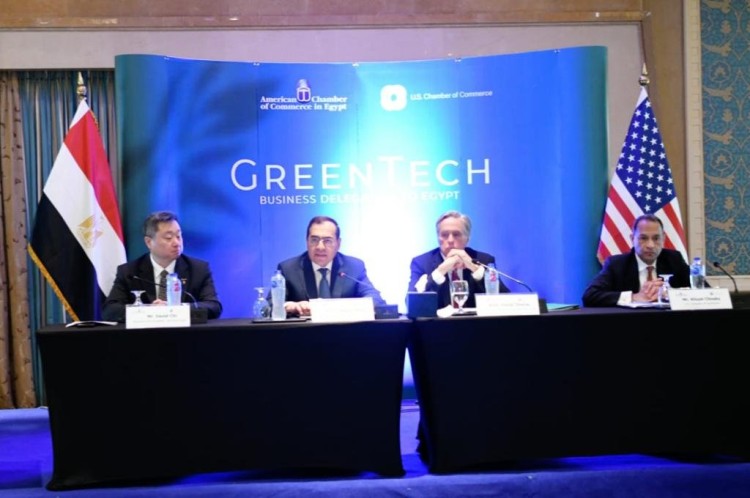 Adopting natural gas as a clean alternative in the country’s energy transition, Egypt’s use rate for natural gas reached 65%, compared to 35% for other hydrocarbon sources, Minister of Petroleum and Mineral Resources Tarek El Molla declared.

El Molla’s remarks came during his participation in the meeting organized by the American Chamber of Commerce in Cairo with the delegation of American institutions working in the field of green energy investment (Greentech), who are currently visiting Egypt.

This comes as all power stations were converted to work with gas while maximizing its use in homes and as a fuel for cars. The minister highlighted the ambitious goal set by Egypt to maximize the use of renewable energies in power generation, and how all these efforts aim to reduce emissions and bring them to acceptable levels.

El Molla highlighted the importance of the meeting with the US delegation especially within the framework of the joint preparation for the upcoming COP27, hosted by Egypt. The minister also pointing to the depth of the Egyptian-American partnership relations, especially in the field of energy, which extended for many years, as American companies invest in the oil and gas sector in Egypt.