El Molla Meets with the Head of EU Delegation to Cairo 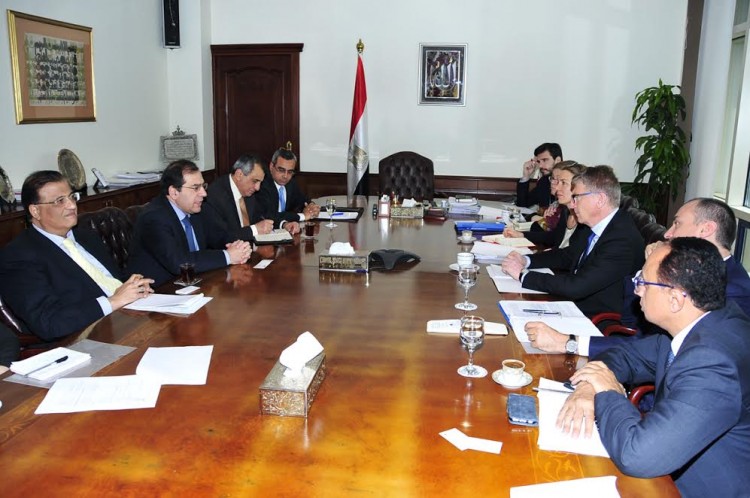 A press release to Egypt Oil&Gas stated that the Minister of Petroleum and Mineral Resources, Tarek El Molla, met with the Head of the European Union (EU) Delegation to Cairo, Ambassador Ivan Surkos, to review the cooperation between Egypt and the EU.

The EU is one of Egypt’s main partners in the work programs implemented to develop Egypt’s energy sector through several initiatives, which aim to provide technical consultation and funding opportunities for the development programs.

Additionally, the EU has been taking part in funding Egypt’s plans to deliver natural gas to households across the country.

During the meeting, El Molla talked about the Egypt’s ambitious vision to become a regional hub for oil and gas trade and circulation. The minister also discussed the possibility of benefiting from the initiatives provided by the EU to support achieving the country’s objective in the near future.

Furthermore, El Molla reviewed the procedures to regulate the Egyptian gas market and turn it into a competitive one.

From his side, Surkos praised the Egyptian vision and efforts to implement the economic reform program efficiently, in order to attract investments and push the economy forward.

He pointed out that the Egyptian energy sector in general, as well as oil and gas in particular, are priority sectors of the EU to enhance cooperation opportunities with Egypt.