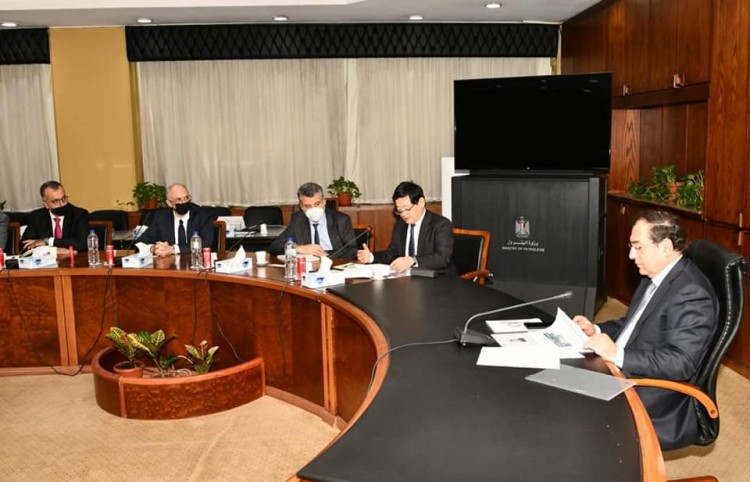 The meeting discussed cooperation in the field of clean energy and reducing carbon emissions.

The oil and gas sector is currently working on identifying the best opportunities available to implement projects to capture and store carbon as well as produce blue hydrogen, El Molla stated.

The sector is further studying several initiatives that will be presented at the COP27 World Climate Summit, which is expected to be held in Sharm El-Sheikh in 2022, El Molla added. Hosomi expressed Mitsubishi’s desire to participate in the summit.

During the meeting, Hosomi reviewed the progress of projects in the fields of clean energy, emissions reduction, hydrogen production, and carbon capture and storage in a number of countries in the world, including the US, the UK, Germany, Italy, Australia, and other countries. He noted that Egypt has promising opportunities to implement these projects to become a major regional market.