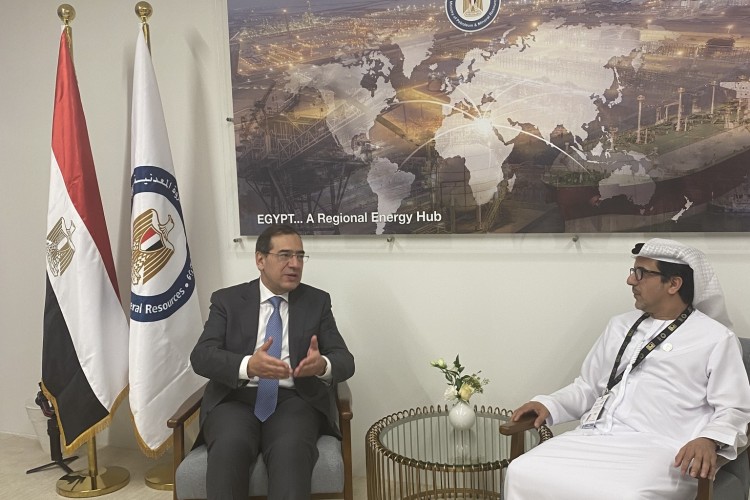 Minister of Petroleum and Mineral Resources Tarek El Molla held a series of talks with officials and corporate leaders from the global energy sector on the sidelines of the Abu Dhabi International Petroleum Exhibition and Conference (ADIPEC 2022).

The meeting reviewed the current aspects of cooperation between the petroleum sector and Mubadala, a top investor in Egypt’s oil and gas sector. The UAE company also participates in the fields of research and production of natural gas in the Mediterranean and new exploration projects in the Red Sea, as well as the SUMED project for transporting and trading petroleum.

Additionally, the discussions touched on prospects for maximizing areas of cooperation, investment opportunities, and projects in which the Emirati company can participate in light of its interest in pumping new investments in energy fields in Egypt.

During the talks, El Molla praised Mubadala’s keenness to enhance its investment presence in Egypt in the coming period, especially in the fields of gas and low-emission energies as important options for securing energy supplies and maximizing economic benefits from resources. The Egyptian minister pointed to the remarkable success of cooperation between the two sides in the SUMED project or as a partner for international companies in the concession areas for research and production in the Mediterranean and Red Seas.

For his part, Al Kaabi confirmed Mubadala’s interest in pumping more investments into Egypt, especially in implementing projects in the field of liquefied natural gas in addition to renewable energy, and that it is about to open a regional headquarters in Egypt to keep pace with its ambitious strategy. 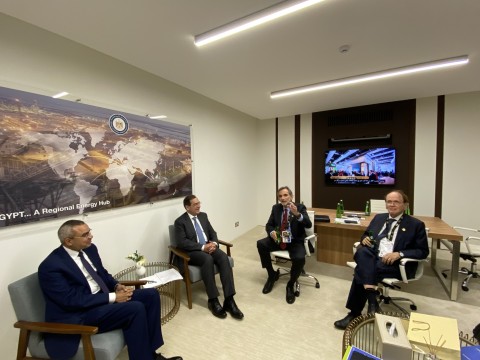 The meeting discussed the position of cooperation with the company within the framework of the Ministry of Petroleum and Mineral Resources’ organization of Decarbonization Day at the COP27, scheduled to be held on November 11. The meeting also reviewed studies related to the Carbon Reduction Initiative of the EMGF, as well as the role and opportunities of the Forum in the global and European gas markets.

During the meeting, El Molla received an invitation from the company to participate in the next session of the CERAWeek conference in the United States in March 2023, which is considered the most important conference in the energy industry globally and is organized by S&P Global.