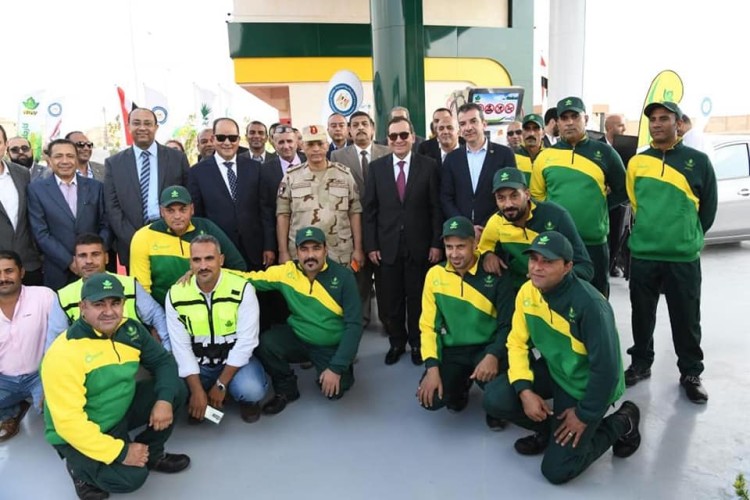 The two stations are part of a plan to spread natural gas supply stations as fuel, which is being implemented by the ministry to increase the number of beneficiaries of this civilized  and economic service.

The two stations come in support of the development and urbanization efforts in the two regions and two new pillars within the chain of stations supplying natural gas as fuel, which has been tripled from what it was at the end of 2020, to contribute to the increase in the number of cars converted to work with natural gas as a locally available and economical fuel, in addition to its being equivalent to the highest consumption of benzene in terms of octane number, El Molla stated.