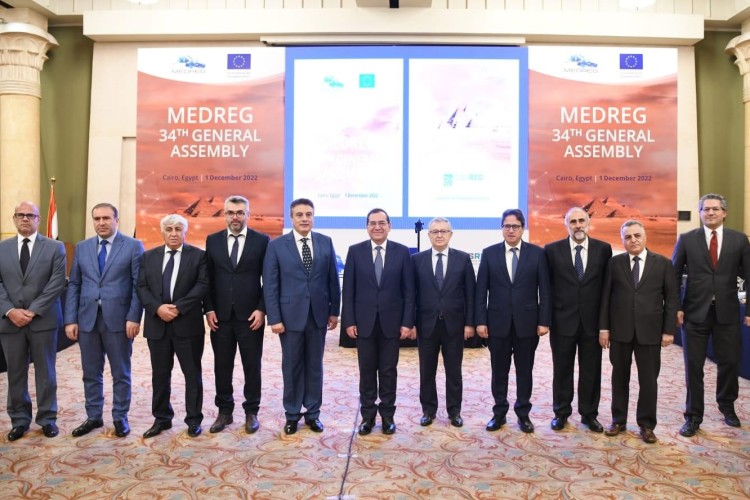 The Minister of Petroleum and Mineral Resources Tarek El Molla has highlighted Egypt’s efforts in establishing natural gas infrastructures, especially the Gas Regulatory Authority (GasReg) as part of its strategy of the energy transition, emission reduction, and achieving sustainability.

The minister’s remarks came during his speech at the 31st general assembly meeting of the Mediterranean Energy Regulators (MEDREG) which is being held for the first time in Cairo.

El Molla affirmed that the oil and gas industry witnessed many changes and challenges that pushed it to establish new organizations and entities to efficiently organize the energy market and reduce the impact of such challenges and market volatility.

He added that hosting this meeting in Egypt after COP 27 summit reflects the key and pivotal role of Egypt as a strategic partner in the international energy agenda, especially in the Mediterranean region.

El Molla mentioned the significant role of MEDREG in the energy sector and its effective act in supporting energy initiatives and possible solutions for keeping energy availability and stability in the Mediterranean region.

For his part, the head of GasReg, Karem Mahmoud, confirmed that the support of the ministry to GasReg has motivated it. In addition, the President of MedReg, Petrit Ahmeti, noted that the establishment of MedReg came at a suitable time to organize the policies in this vital sector.