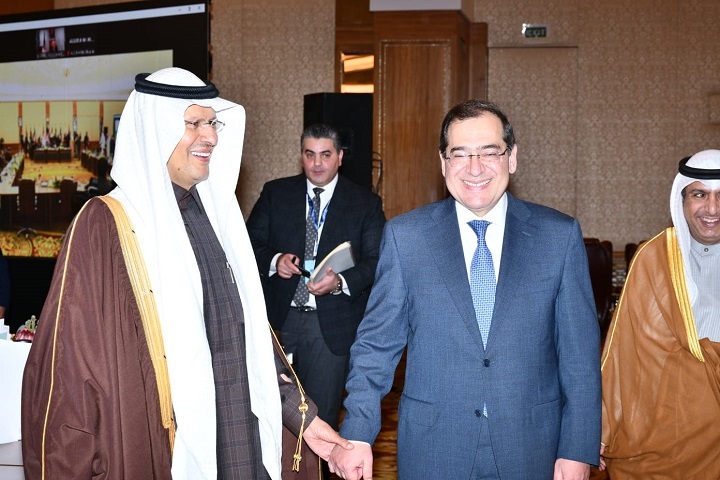 Minister of Petroleum and Mineral Resources Tarek El Molla headed the Egyptian delegation participating in the 109th ministerial conference of the Council of Ministers of the Organization of Arab Petroleum Exporting Countries (OAPEC), the ministry said in a statement.

The conference was held in Kuwait, with the participation of the ministers of petroleum and energy of the member states Kuwait, Saudi Arabia, the UAE, Algeria, Iraq, Qatar, Libya, and Bahrain, and the Secretary General of the organization Ali Sabt bin Sabt.

El Molla stated that the conference represents great importance in activating aspects of cooperation between Arab countries in the oil and gas industry on the basis of mutual benefit, in a way that enhances Arab integration in this vital industry and achieves common interests. It also represents an opportunity for consultation and exchange of views on developments in the oil markets in light of current challenges.

A press statement was issued by the Secretary-General about the 109th meeting of the OAPEC Council of Ministers,  in which it stated that the Organization’s Council of Ministers held its 109th meeting in the State of Kuwait on December 12, 2022, AD, headed by Bassam Radwan Tohme, Minister of Oil and Mineral Resources of the Syrian Arab Republic, which presides over the 2022 session.

The meeting also reviewed the report prepared on the preparations for the 12th Arab Energy Conference to be held in the State of Qatar during the last quarter of 2023, and the events and seminars organized by the General Secretariat or participated in it during the year 2022. Moreover, the meeting discussed the follow-up to the decision of the honorable Council of Ministers “4/107” regarding assigning the executive office of the organization, in coordination with the Kingdom of Saudi Arabia, to activate the Green Middle East initiative and adopt the application of the concept of the circular carbon economy.