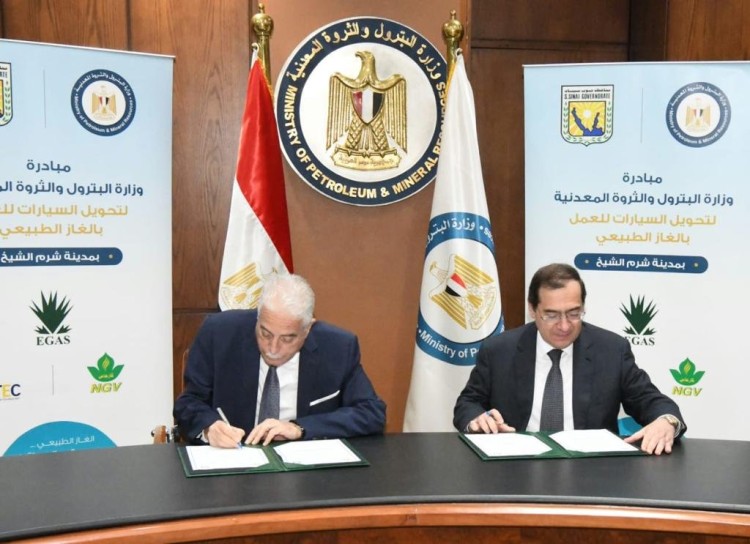 Minister of Petroleum and Mineral Resources Tarek El Molla, and Governor of South Sinai Khaled Fouda signed a cooperation protocol to convert cars in Sharm El-Sheikh to work with natural gas as fuel, in the context of supporting the city’s hosting of the UN Climate Change Conference 2022 (COP 27) next November.

The protocol comes within the framework of Egypt’s preparations to host the COP 27 in Sharm El-Sheikh, and in light of President Abdel Fattah El Sisi’s directives to transform Sharm El-Sheikh into a green city, El Molla noted.

Meanwhile, Fouda indicated that within the framework of the protocol, the Egyptian Natural Gas Holding Company (EGAS), through its two companies, Gastec and Cargas, is converting cars in the city to work with both natural gas and gasoline. He added that the governorate will provide the companies with the data of the cars to be converted and provide all aspects of cooperation through facilitating the transfer of equipment and labor necessary for the car conversion.

Gastec and Cargas will carry out the necessary technical inspection of cars and determine their conversion systems, and the conversion will take place at the Gastec center in Ruwaisat, as well as in the appropriate places that the governorate will provide.