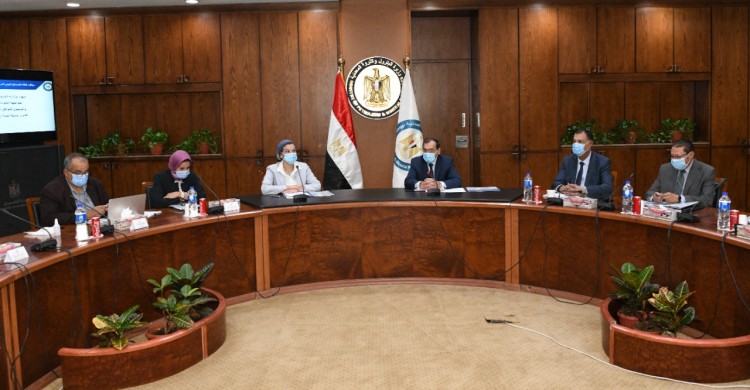 The Minister of Petroleum and Mineral Resources, Tarek El Molla, and the Minister of Environment, Yasmine Fouad, followed up on the environmental compliance and reform plans concerning the industrial drainage issue facing petroleum companies operating in the Gulf of Suez and Alexandria.

El Molla affirmed that continued coordination between the two ministries is essential to achieve environmental compatibility for petroleum and mining projects based on the supreme committee as well as the technical committee’s recommendations. He added that “environmental compatibility projects are considered a green investment which increases the value and returns of projects”, noting that this cooperation has resulted in many achievements which Fouad referred to during the presidential inauguration of the Mostorod Refinery.

For her part, Fouad stated that cooperation between the two ministries  in addition to the Gulf of Suez’s achievements so far and petroleum companies’ commitment is a success story of facing environmental challenges for both parties.