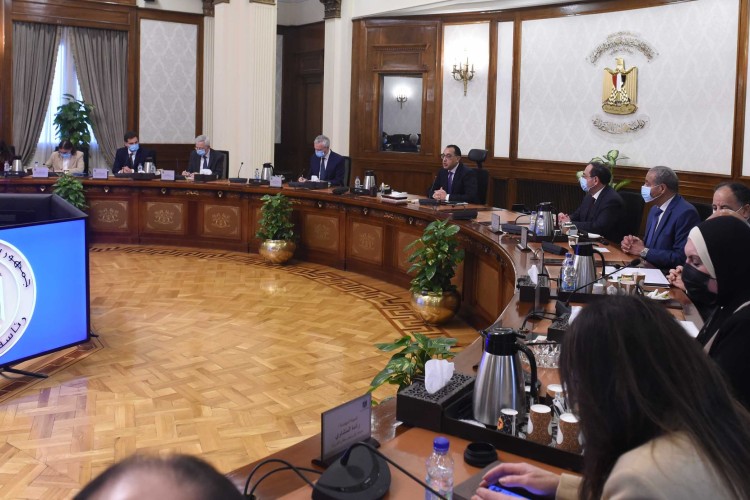 During Prime Minister Mostafa Madbouly’s meeting with Bruno Le Maire, French Minister of Economy, Finance and Economic Revival, Egyptian Minister of Petroleum and Mineral Resources Tarek El Molla indicated Egypt’s readiness to cooperate with the French side in the area of natural gas.

El Molla reviewed the mechanisms of gas supply according to short and long-term contracts, the quantities available according to different times of the year, and the position of supplies to the European Union countries.

El Molla stated that Egypt has worked hard within the framework of the East Mediterranean Gas Forum (EMGF), and the transformation into a regional energy hub, in order to become a reliable supplier of energy.

Madbouly welcomed the visit of the French Minister and his accompanying delegation, praising Egypt and France’s ties of cooperation at all levels, as well as the distinguished relations that unite the leaderships of the two countries.

Meanwhile, Le Maire expressed his happiness to meet with President Abdel Fattah El Sisi earlier, describing the meeting as fruitful and supportive of the distinguished cooperation relations between the two countries.

Ali El Moselhi, Minister of Supply and Internal Trade, Mohamed Maait, Minister of Finance, Kamel Al-Wazir, Minister of Transport, Nevin Gamea, Minister of Trade and Industry, Ihab Nasr, Assistant Minister of Foreign Affairs for European Affairs, and a number of representatives of the concerned authorities were also present at this meeting.