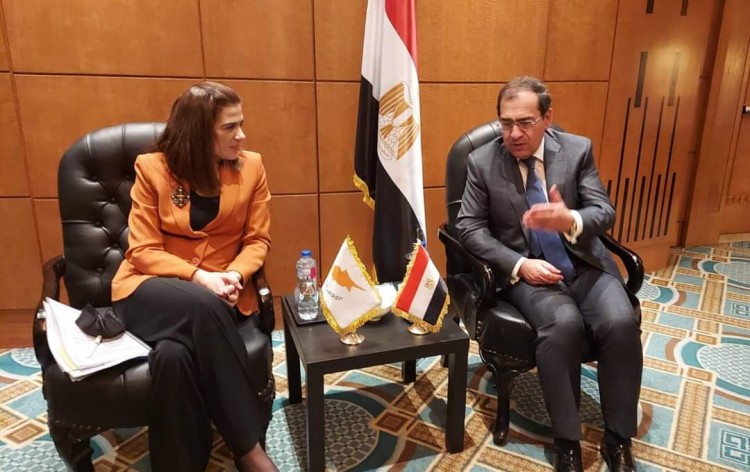 Egyptian Minister of Petroleum and Mineral Resources Tarek El Molla held bilateral talks with his Cypriot counterpart Natasa Pilides, where he expressed his full support for Cyprus in its Presidency of the East Mediterranean Gas Forum (EMGF) next year, starting from January 2022.

During the meeting, two ministers discussed a number of issues of joint cooperation within the framework of the EMGF, which achieved distinguished results. The two ministers agreed to increase cooperation during the coming period.

El Molla also explained that his support for Cyprus extends to efforts to develop the Cypriot Aphrodite field, as well as cooperation between EGAS and Eni to study all proposals to link it with Egypt.

Additionally, El Molla praised the continuous interviews and talks conducted by teams from both sides, and the support given by the Egyptian and Cypriot presidents. He indicated that these gestures are a positive sign for cooperation efforts and making optimal use of the natural resources they possess.

Meanwhile, Pilides expressed her admiration for the wonderful organization witnessed by the sixth meeting of the EMGF in Cairo and the great efforts that were made, which resulted in the achievement of tangible, orderly, and integrated results.