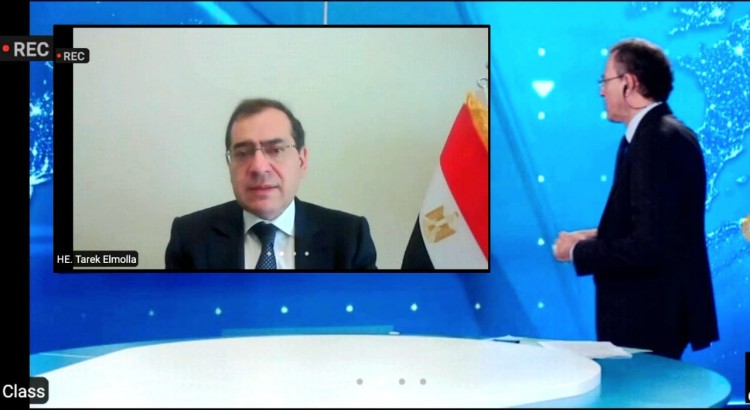 Oil prices are expected to average around $50 per barrel (bbl) until the end of 2021 when a vaccine is available, Minister of Petroleum and Mineral Resources, Tarek El Molla, stated during the sixth edition of the Mediterranean Dialogue (MED) titled “Beyond the Shock: Rethinking the Energy Industry after COVID-19”.

El Molla explained that  a balanced oil market achieves an economic benefit to everyone as it increases investments for the exploration and development of oil and gas resources. The minister pointed out that it is necessary to consider renewable energy as a major competitor to oil and gas energy sources even if they will remain a constant source of energy in the long term until 2040-2050.

In light of such challenges, El Molla emphasized that international oil companies (IOCs) are re-prioritizing their investments in natural gas as an important source for the clean energy transition. He noted that Egypt has succeeded in attracting new investments and major companies to explore natural gas in the offshore Mediterranean regions. The minister added that through the establishment of the East Mediterranean Gas Forum (EMGF), Egypt aims to create a catalyst for cooperation and to utilize wealth for the benefit of the member states and the countries that may join in the future.

The minister highlighted Egyptian-Italian relations stating that “Italy is not only an important partner to Egypt and a founding member of the forum, but it is also the gateway to exporting natural gas to Europe.” He continued to commend Eni as the largest gas producer in Egypt, where it has been operating for more than 65 years and has formed a long-term strategic partnership with Egypt.