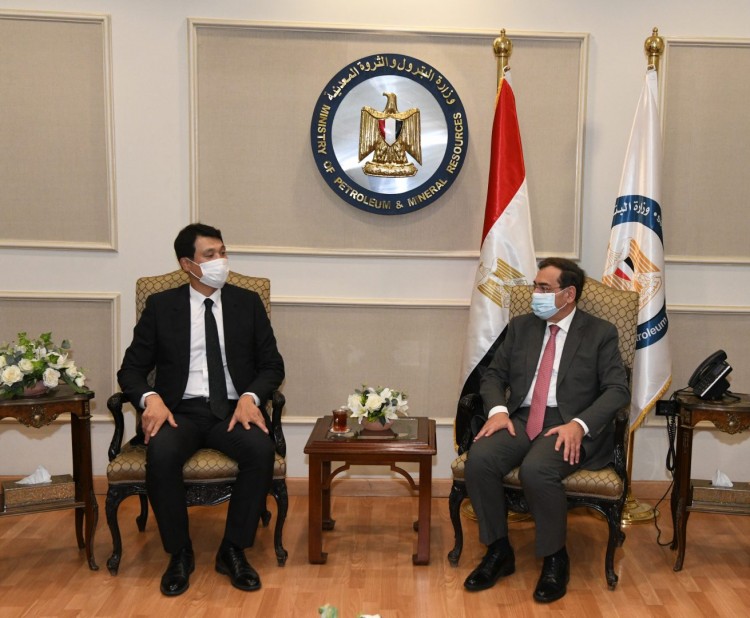 The Minister of Petroleum and Mineral Resources, Tarek El Molla, convened a bilateral discussion with the new Korean Ambassador, Hong Jin-Wook, showcasing the activities of the Korean companies specialized in implementing petroleum projects, according to a press release.

During the meeting, El Molla discussed the partnership between the companies of the two countries in oil, gas and petrochemical sectors. El Molla affirmed that there are several petroleum projects in Egypt that can represent promising opportunities to Korean companies.

Additionally, the meeting reviewed the scope of work of the Korean GS Engineering and Construction company which contributed to the implementation of the new Egyptian Refinery Project in Mostorod.

For his part, the Korean envoy expressed his country’s aspiration to deepen the economic and commercial relationships with Egypt, in addition to major Korean companies’ interest to work in Egypt in various sectors especially oil and gas.