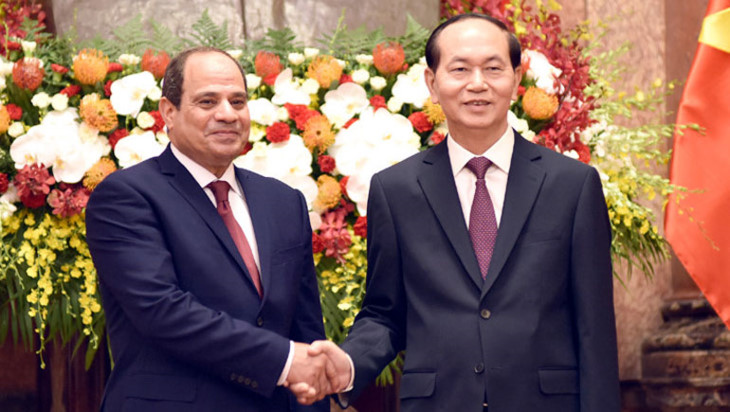 The MoU was signed among six others in different fields at the presidential palace in the presence of Egypt’s president Abdel Fattah El-Sisi and his Vietnamese counterpart Tran Dai Quang, who is the first Vietnamese president to visit Egypt since the two countries started their diplomatic ties. Members of the Egyptian and Vietnamese cabinets attended the ceremony.

The other MoUs covered fields such as diplomacy, trade, exports, commercial transactions and agriculture, along with finance and investment.

The two sides also signed a tentative agreement between the governorate of Luxor and the city of Linne, signed by the Governor of Luxor, Mohammed Badr, and from the Vietnamese side, Dean Van Dian, chairman of the People’s Committee of Lin Bin province.

No further details about the MoUs or the agreements were disclosed.