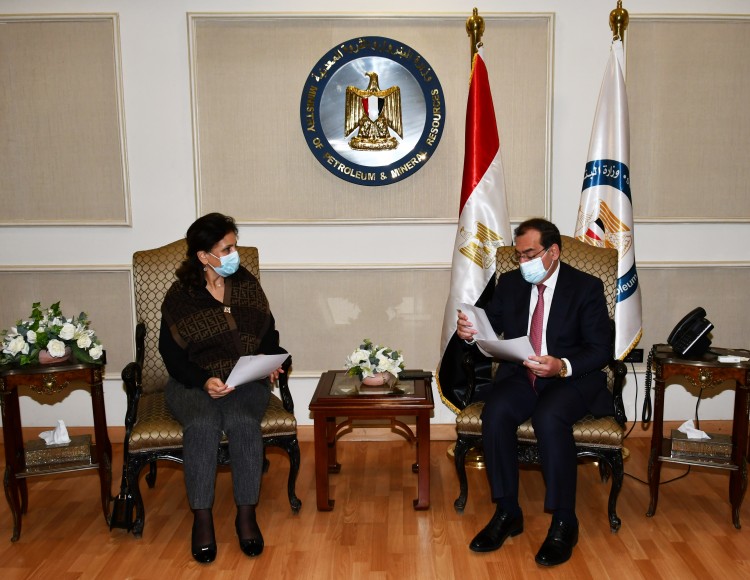 The Minister of Mineral Resources, Tarek El Molla, held a meeting with his Jordanian Counterpart  Hala Zawati, who is on a visit to Cairo to discuss ways to boost ties in the oil and gas field during the coming period.

During the meeting, both ministers reviewed the development of cooperation between the member states of the Eastern Mediterranean Gas Forum (EMGF) and the efforts to deal with the consequences of the Coronavirus pandemic.

For her part, Zawati ensured that the cooperation between two the countries in oil and gas field  is a model that reflects their deep-rooted relation.

She also praised the performance of the Egyptian companies in Jordan  which adheres to schedules and high quality.

Both ministers also held an expanded meeting with the working groups from both sides to discuss what was agreed upon in the bilateral meeting and the features of work during the coming period.