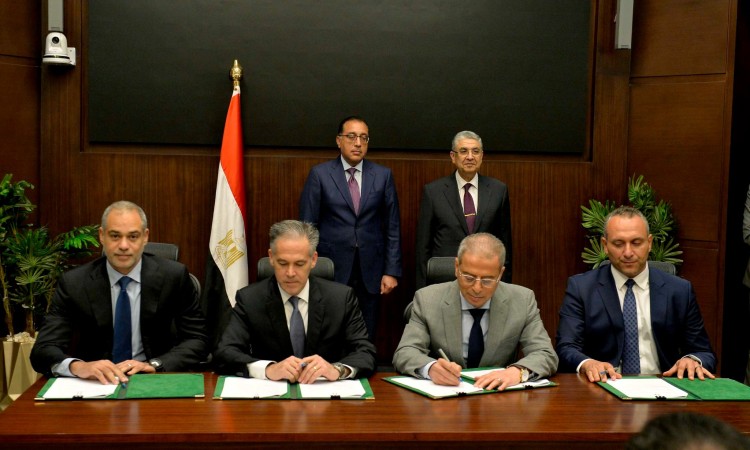 At the government headquarters in the New Administrative Capital, Prime Minister Mostafa Madbouly witnessed the signing ceremony of two cooperation agreements between the Egyptian Electricity Holding Company (EEHC) and General Electric for Gas Energy, listed on the New York Stock Exchange as “GE”, in the presence of Mohamed Shaker, Minister of Electricity and Renewable Energy.

The signing of the two agreements aligns efforts to decarbonize the energy sector in Egypt, within the framework of Egypt’s preparation to host COP 27.

The first memorandum of understanding (MoU) was signed by Gaber Desouky, EEHC’s Chairman, and Joseph Anis, President and CEO of GE for Europe, the Middle East, and Africa.

“We are fully aware that the contributions of foreign investments and the local and global private sector will be an influential force in enhancing efforts made in the climate change file, especially as we are working to build a more sustainable future,” Madbouly commented as he welcomed the signing of the two agreements to support efforts to decarbonize the energy sector in Egypt.