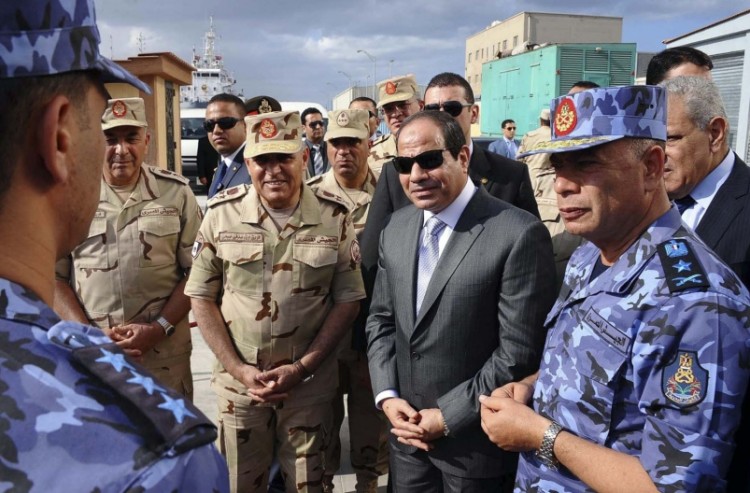 The Tanta Military Court on Thursday sentenced four civilians to 20 years each for complicity in the bombing of a natural gas pipeline in Egypt’s Delta governorate of Gharbia in July 2014, Youm7 reported.

The four defendants were present in court for the verdicts while the remaining defendant, being tried in absentia, was sentenced to life.

In December, the East Tanta Prosecution referred the five defendants to military prosecution in Alexandria for torching the control room of the pipeline providing natural gas for residents in Egypt’s Delta governorates of Gharbia and Kafr el-Sheikh, along with joining an illegal organization, in reference to the banned Muslim Brotherhood, Youm7 reported.

In October, President Abdel Fatah al-Sisi passed a presidential decree that greatly expanded the scope of Egypt’s military courts; the decree allows for any civilian charged with attacking any “public property,” including trains, to be tried by closed-door military tribunals, and in some cases has been applied retroactively to those who attacked public property before the decree was passed.

Valid for two years, the decree was passed shortly after the death of at least 30 security personnel in militant attacks in Sinai on October 24, according to al-Masry al-Youm.

It was criticized by human rights organization.

According to the presidential decree, armed forces personnel are authorized to cooperate with the police in securing “vital and important public facilities.”