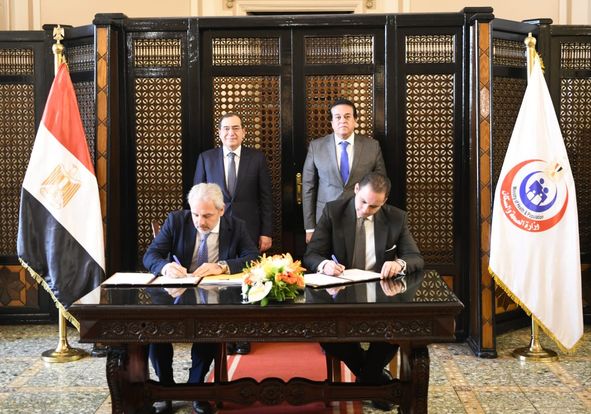 This came as part of the oil and gas sector’s social responsibility strategy. El Molla affirmed that this agreement is a model for the petroleum sector’s commitment to community development and contribution strategy in order to help in the sustainable development goals.

The minister also emphasized Eni’s keenness to support the Egyptian community as well as the petroleum sector’s interest in health projects especially the establishment of a burn center for children at Port Said noting that there are several contributions from the sector to health projects during the upcoming period in different governorates.

For his part, Abdel Ghaffar stated that this agreement aims to provide international accreditation for the Medical Team Training Center in Port Said. The protocol includes four training programs, three of them for doctors in the fields of orthopedics, gynecology and interventional radiology, in addition to nursing training in the field of cardiac catheterization, he added.

Abdel Ghaffar further said that the agreement aims to improve medical capabilities by identifying the needed training and raising community health efficiency. For his part, the Managing Director of IEOC, Mattia Campanati, expressed the company’s interest in social contribution and in supporting development priorities under the umbrella of the Ministry of Petroleum and Mineral Resources.